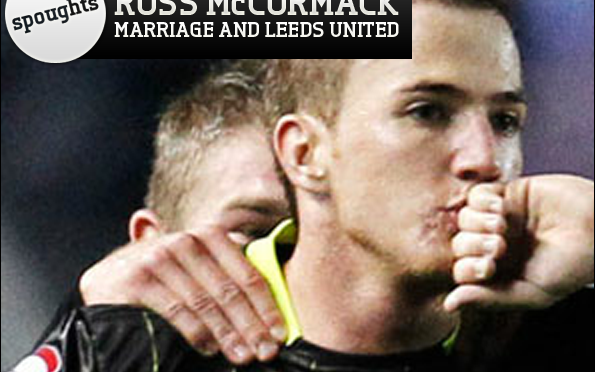 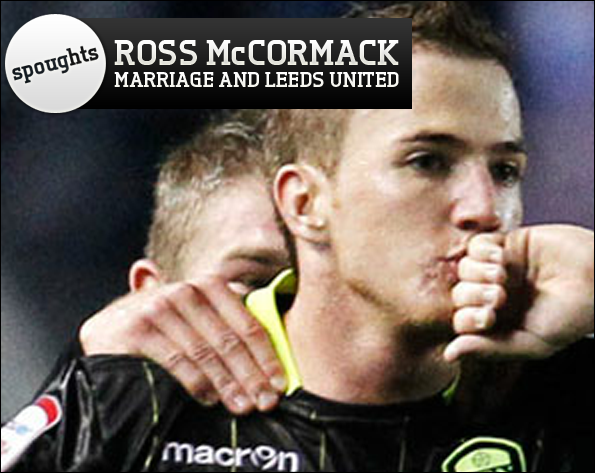 As someone in my late teens, I cannot claim to have undergone the rigors of marriage. The testing moment every morning when one wakes up, looks into the eyes of the person lying next to them and thinks, “what the fuck have I got myself into? They’re just going to get older and older and smell worse and then, eventually, one of us will die and the other will feel sad because there’s some lingering passion and a sense of ongoing commitment”. You may ask why this is important to Spoughts, especially as it does not seem to contain any thoughts about sports. That is, after all, our modus operandi on this site. I’ve often had to stop myself posting videos of laughing primates. They’re funny and I imagine they’d be a big deal on the internet, but dammit, that is nothing to do with sports or having thoughts about them.

Of course, here comes the moment of linkage. Why does the marriage thought link to what I’ve been thinking about sports today? I’ll tell you why, Mr. Questioning Reader, who, presumably, by this point, has completely given up on this rambling article and instead chosen to read competent thoughts about sport from these competent people, or these. Anyway, Mr. QR, the issue at hand is that not only have I never experienced marriage in real life, but in supporting my football team, I’ve never experienced a marriage to a player in the way that generations before have.

If you’ve got the sort of busy schedule that I, a student, have, you will often find the need to fill almost an entire day with entertaining distractions. If you’ve decided to while away some hours by listening to The Square Ball podcast, for example, you may have heard my dulcet tones express a love of two players this season. Adam Clayton, transfer listed on the day of that podcast, and Ross McCormack, who today looked set to turn down a contract extension at Elland Road. Adam Clayton, admittedly, I wasn’t too cut up about. He played a good pass, scored a reasonable number of goals, was a shining light in the first part of the season when the entire team was dog shite, but dammit, he just couldn’t kick people as effectively as Michael Brown towards the end of the season. All too regularly, Neil Warnock would view Clayton in the middle of the park, an opposition player in his vicinity, and time after time, those shins would remain un-kicked. He’d call him over, whisper sweet nothings in his ear, ask him if he could please, at the very least, show the minimum amount of commitment. Pick up at least one red card. Just the one Adam. Please. Yet Clayton, showing none of The Edge expected of a man of his name, only picking up a suspension for repeated yellow cards. The gall of the man! The gall!

Okay, so maybe I’m not over the idea of Clayton being sold. Yet even more so, the apparent imminent departure of McCormack (because, let’s be honest, we all know exactly how this will go by now) is of great disappointment. This was a man who scored 19 goals in a team that ended the season languishing in 14th place. A man who played 3 positions in some matches, impressing in all of them. A man who continued to score under Warnock, even when it seemed the entire team was set up to avoid the potential of that occurring. He’d come out of the famed Simon Grayson Ignoring Cave of Doom (previously known as the ‘Reserve squad’, then known as ‘League One Clubs on Loan’ before being cast aside for Warnock’s preferred banishment zone, the ‘Lack of Passion Boulevard’) and made himself an integral part of the first team.

He turned up when no one else did. Chased, harried. Yes, he was occasionally a luxury player, but more than ever, do we not need those? Next year when the ball is pumped long to Becchio, who will, invariably, fall to the ground, would it not instead be nice to have a striker who could pick the ball out of the air, control it and play it into an actual corner of the net? Someone with a bit of…ability. Technical aptitude. Not being…crap-ness?

Why does this lead to the marriage thoughts? McCormack is just another in the chain of players who will leave the club, despite showing ability and skill, with the manager forced to defend Bates’s ridiculous thrift. I’ve spent years developing relationships with players, only to have them dragged away from me far too soon. I admit I watched both Clayton and McCormack in the reserves last year. I remember telling my brother as certain players departed the club last summer that it didn’t matter. Clayton had bulked up. He looked like he was as good as both Johnson and Kilkenny. McCormack could score with ease. Why was Paynter getting into the side or, at least, onto the bench ahead of him?

So, admittedly, more than most Leeds fans, I’ve spent an additional year in these players’s company. Even so, the bond that I’ve formed with them isn’t the same as players at other clubs. Wouldn’t it be nice, for once, to see a player degrade in ability before our eyes? To see Ross McCormack age and lose his ability to play slowly, rather than him being snatched away from us immediately. It’d be lovely to be able to stand on the Kop and complain as McCormack harries and chases, but simply can’t do it. “His legs have gone”, I’d say to my brother in the future, “Remember when he was good?”. At this point, my brother would remove his robo-claw and press his government enforced button, as the bipedal dog squad descend upon me and tear me limb from limb for subversive thought. Admittedly, I don’t have a very positive view of the future.

One day, players will stay at the club for the long run. We won’t have to give players chants on their debut, lest they never be sung about in their time at the club. I’m already trying to think up things about El-Hadji Diouf. Given our current track record, he’ll be gone before he arrives. His wikipedia article will list Leeds as a club he played for in the future-past, with an appearances tally of (-1) and the note that his head exploded when asked to recount memories of his time at Leeds.

The long and the short of it? Please don’t let Ross go. Please don’t let Snodgrass go. I know you will, but I can hope. Then I’ll convince myself that Paynter is an ideal, ready-made, replacement.

Do you want to read more depressed predictions of our inevitable canine overlords? Follow Amitai Winehouse on Twitter (@awinehouse1).