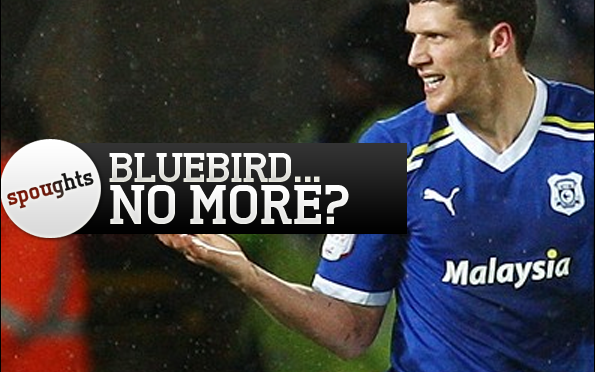 Whilst reading this article, why not listen to the apt ‘Bluebird’ by Paul McCartney and Wings.

This is just a small commentary on a matter that has cropped up this week. Footballing message boards have been ablaze with responses to Cardiff City’s apparently impending change of branding. Blue to red, shifting across the generic colour spectrum, Cardiff fans could have understandably major qualms. As to whether they are right to and do, I feel several matters come to mind.

If I were to explore the history of my own club, a major event jumps out at me. Rebranding at the turn of the 1960s from Yellow and Blue to White was an integral part of Don Revie’s campaign to refresh Leeds United. Within ten years, they went from a regional club in a city dominated by Rugby to one of the best teams in the world (at that point). Anthony Clavane explains this incredibly well within the context of the Leeds Jewish Community in his award-winning book The Promised Land. Within 15 years, they had reached a European Cup final. Symbolically, the white kit represented the turning point in Leeds United’s history. That all white strip is a key feature of the club at this point. You do not hear of any controversy regarding this change, there doesn’t seem to be anything in the record books.

Given Cardiff’s recent failures in the play-offs, one could reasonably argue that a change in colour would provide a similar turning point. Frequent runs to the top of the Championship have been met with failure. Could it not, potentially, provide a similar benefit to that which it provided Leeds?

Admittedly, however, there is a massive difference between the two. As mentioned previously, Leeds were a minor blot on the footballing landscape at this point. The change in kit was no issue, as there was no real identity to the club. It was not as if Leeds’s nickname of the Peacocks had anything to do with the colour of the segments on the kit. Cardiff fans can point to their nickname, the ‘bluebirds’, as being heavily linked to the blue and white kit they wear. There is an identity there. It is not the same as a shift that occurred several generations ago. Too much history is tied up in the club colours to accept it readily.

Other minor benefits include the potential marketing ability of the new colours. Word is that in Malaysia, the club have struggled to take advantage of the connections of owner Dato Chan Tien Ghee in this regard, due to the colour of the kit. Red is, apparently, more marketable than blue. Furthermore, the money ‘TG’ could plunge in, were the club to change the kit according to his wishes, would obviously be a great boon to any attempt to get out of the league. Finally, the attempt to become the nation’s club by branding themselves in the primary colour of the flag could reap benefits. This could increase income, should the entire nation find themselves represented in the club.

However, in reality, history should take precedent. It is not like Revie’s Leeds switch, there is too much feeling involved to wade through. It has to be taken as a positive that Cardiff have decided not to go ahead with the change. One can say it would probably not have had a positive end.

One thought on “Bluebird…no more?”