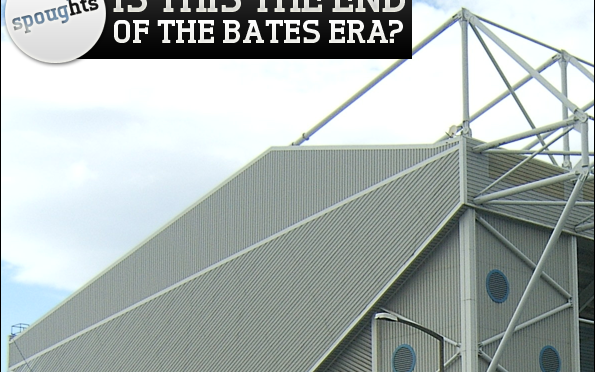 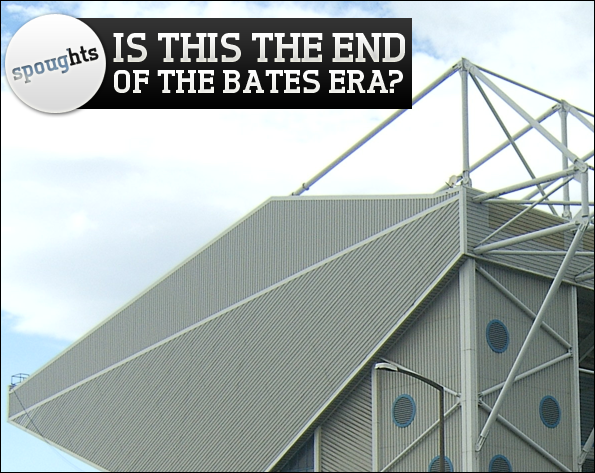 Something’s in the air. Is it excitement or disappointment? With Leeds United, the two things often come in abundance. Last year, excitement gave way to misanthropy. People walked towards Elland Road knowing mediocrity was on the cards.

Something is amiss. People can’t figure out what is going on. Tweeters are tweeting. Forumers are foruming.

Is Ken Bates finally fucking off?

You dream about it. You thought the day would never come. Suddenly rumours abound, running at you, knocking you over like excited dogs. They leave turds of misinformation lying around the place. Occasionally you step into one of them, complain about it, then realise that these dogs have been eating gold bars on the sly, and you’re riding this turd train to a well informed future.

What am I trying to say? We have finally reached the point, as a fan base, that there are so many rumours about Bates leaving, about him selling up, that you feel something is amiss. The situation has got progressively weirder at Elland Road as well.

The summer began all hunky-dory. Warnock was being backed. The defence was being shored up. Jason Pearce, an actual prospect with an actual future ahead of him, had agreed to join Leeds United. He’d been given an actual contract. Leeds United, heaven forbid, had paid actual cash-money for him to join. We were harvesting the corpse of another club that had collapsed for any useful organs. It was exciting.

Then we stalled. Joel Ward, who two weeks ago was someone Leeds fans were unconvinced by, has become the messiah. His un-signing has become the non-symbol for all of the things that have already gone anti-right this summer. Ipswich may beat us once again to another player. What is it about players that Leeds have or want to have that make them desire East Anglia so? Are they curious about the former homeland of the Iceni? Are they intending to do master’s degrees at Cambridge? Have we been approaching too many intellectual players? These are all questions I ask myself whilst shuffling around town, screaming at passers-by and dealing with those damn government spies who want to harvest my brain facts.

So why has this occurred? Word emanating from the club, filtering through relatively official channels such as the Yorkshire Evening Post, suggest that we can’t, at this moment in time, drum up the £400,000 required to bring him in. Warnock wants him, and there are rumours that he might leave if this situation is not dealt with upon return from his holidays.

Then there’s the Snodgrass issue. He’s come out this week and outright pointed out that he had promises broken last summer. He’s not going to sign his contract unless he can see a future at the club. This, interestingly enough, has been met with acceptance from Peter Lorimer. Something seems awry there.

Finally, and most interestingly enough, was the news that Ken Bates is taking the summer off from being interviewed on Yorkshire Radio. This is incredibly bizarre, as, to put it simply, a significant reason why Bates purchased Leeds United and continued to own us, was that he loved being in the public eye. Former chairman Ken Bates was not interesting to the national media. With Leeds, he once again found a reason to be talked about, and where better to be talked about than his own in-house media setup? Why would he suddenly give that up? There’s no precedent. Last summer his interviews were one of very few constant updates from the club.

There are several ways to interpret this. The first, and the one I like to jump to in order that I don’t get all giddy, is that Bates is avoiding the spotlight in order to avoid further legal issues. Is it just a response to the court case that has pulled even more money out of the club?

Secondly, we could be heading to another financial combustion. This may come as a surprise, but I’m not the biggest fan of the Bates regime. Even so, I like to think Ken would not be delusional enough to constantly talk about the firm financial footing we are on whilst simultaneously battling an oncoming financial storm. Hey, there may be a surprise in store. I like to think this is unlikely.

Thirdly, and finally, we could be on the cusp of a honest, truthful, real, actual, factual, natural, understandable, takeover. In my guise as a fake writer about football, I jaunt around town in a trilby with a card saying ‘press’ stuck in it. I keep an ear to the ground for any undercurrents of information. I’ve heard relatively concrete rumours that Ken Bates may be on his way out. The internet, simultaneously, has heard the same. I’m even withholding some information that I feel doesn’t need to be proliferated, on the basis that the rumours one can find seem enough to speculate upon. They (and whoever they are, they love their metaphors) often say that there is no smoke without fire. I like to think this is true, but I’m avoiding raising my hopes too highly on the off-chance that I get burned.

Why else may this be true? Well, we could be avoiding spending money as some baffling method of saving money before Bates sells up. “Why would I spend my own penny on players when some Johnny Foreigner will come in and spend it instead?” I imagine Ken saying, whilst sat atop a throne made up of the disappointments Leeds fans have felt over the last seven years. But the point stands. Similarly, why would Lorimer speak so positively about meeting Snodgrass’s expectations. He’s usually responsible for ensuring we all understand that signing players is a luxury that successful football clubs don’t require.

To sum it all up, what is going on at Elland Road? It’s difficult to say. I may look back on this article as a foolish statement years from now, when we’re plying our trade in the Home Counties division 3, having relocated under the control of Mecha-Bates, but I think his time is almost up at Elland Road. Finally.

7 thoughts on “Is this the end of the Bates era?”