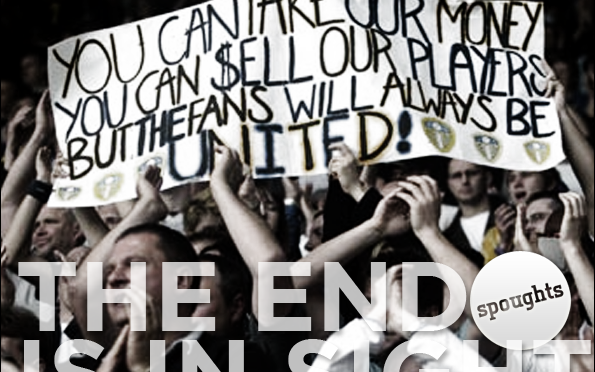 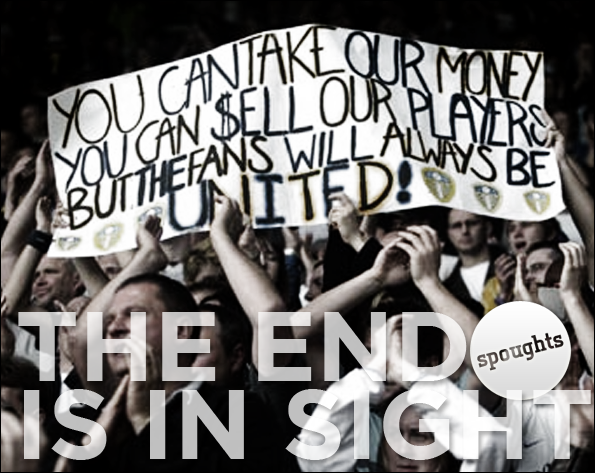 Admit it, the last few weeks have been torturous. Every false-dawn. Every moment at which the dark night that is a Bates-filled future has risen once more over the horizon of next season. Every laboured metaphor that has been used in this article thus far. Just when everyone thought that things might be, finally, getting better, that the sun was once again breaking out over the still hotel-less Beeston, it seems as though that future may once again be darkened.

Yet is it? Over the last few weeks, several times I have been incredibly tempted to write something up to symbolize my increasing distaste at the panicky, reactionary, and occasionally stupid impressions my fellow Leeds United fans have been giving off on various social media websites. There’s an overprinted poster that has become incredibly common in most university rooms over the last few years, and it would be apt in this situation. Things take time. Calm down. Retain a semblance of sensibility. Yes, I understand the majority of you want him gone. He’s going. It is as simple as.

I am going to stick my neck out here, because after a mainly positive reaction to the last article, I was accused of wishful thinking with regards to the end of the Bates regime in some quarters. There has been events since that point that have continued to prop up my firm belief that there is no possible way for Ken Bates to remain in charge past the end of this summer.

Little has terrified people more than the potential for a collapsed takeover leading Warnock to walk out on the club. We’ve seen the financial constraints that he would have to operate under should Bates not leave, leading to, for example, the end of the deal for Joel Ward. This would simply not be acceptable to a manager seeking an eight and final promotion in his long career.

Here’s where a sticking point comes up. I don’t believe Warnock is threatening to leave because of any Bates imposed transfer budget or wage cap. According to sources, (and as I always say, I hate how falsely in the know this makes me sound) a takeover has been brewing for a significantly longer period than has been in the public eye. I first started hearing from said sources with regards to this much earlier in the season. Warnock was probably happy to come in and work for Leeds with the knowledge that by the summer, all of the formalities would have been completed and he’d have been able to get to work with a new budget to play with.

The problem, I imagine, is something on Ken’s end. He has a significantly complicated way of structuring his businesses, and to unravel them would probably take immense amounts of time. Not only this, but his demands will be great. Any potential purchaser will probably be forced into paying a premium above the actual value of the club, and this will surely need to be negotiated down.

With these barriers in the way, isn’t it possible that it could all collapse? Obviously. We could receive a press release in a week or so telling us that no investment is forthcoming, the Leeds United Supporter’s Trust were to blame and that we should all “go forth and multiply”. I don’t really see it panning out that way.

Why? As I said earlier, this is a process that has been going on for a significant length of time. I genuinely believe that by this point, with the press having caught wind of it and potential buyers seemingly having toured Elland Road and Thorp Arch, we are mere days away from some sort of movement.

On the other hand, if it does all collapse, Ken Bates is, quite frankly, absolutely fucked. Neil Warnock, ‘the saviour’, will walk. He won’t operate under Ken’s budgetary constraints. That is one segment of our continually brainwashed fan base that will see through the blindfold to the bigger picture.

Then there are the players. Yesterday’s statement from LUST should herald a massive turning point. The players are not greedy. Leeds United is a club that most people would run through brick walls to play for, especially when you are not necessarily Premier League quality, but only a step below. Sadly, Ken Bates has, in the eyes of these players, plated these brick walls with titanium, added electrical wiring either side of them and built moats around them. And these moats are filled with genetically modified sharks that are also devilishly devious and carry plates of Nando’s chicken to entice the players in.

But I digress. Ken Bates’s regime is becoming increasingly untenable. People have accepted the idea of a takeover now. People are expecting the end. Confidence is integral to any regime. The important thing now is that the fan base unites under a single banner in order to ensure that, in the event of any misfortune, we can pressure and push until the end comes.

In East Germany during the cold war, members of the State Security, the Stasi, were notorious. The stigma attached with being a former member of the Stasi remains great to this day. They informed. They lied. They propagated the falsehoods that the regime sought to espouse. Ken Bates isn’t even paying you. You’re not doing this for any ideological purpose. Don’t listen to his lies alone. Open your mind. Relax. Float down the stream. Read the facts. Inform yourself. Make a more calculated decision.

Unite. Pressure. Ensure the future of our club. Marching on Together.

One thought on “The End is in Sight”