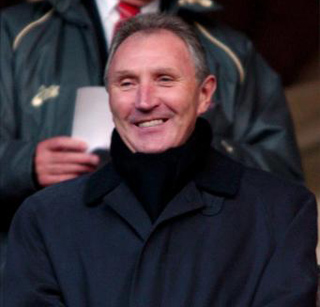 “It was my dream”. Howard Wilkinson would, on arrival to Elland Road, set out a ten-year plan that would ultimately lead to a significant proportion of the club’s early success in the end of the last and early part of this millennia. Yet how did Wilkinson’s innovation and creation at Thorp Arch almost lead to the crafting of an english academy akin to Barcelona’s famed La Masia? Furthermore, read on to understand how Wilkinson’s sacking would play a significant role in Leeds’ fall from grace.

In 1999/00, David O’Leary, having taken the Leeds job the year preceding, could call upon a series of academy talents as he stormed European Competition with his ‘babies’. Players such as Ian Harte, Jonathan Woodgate and Harry Kewell had all come through the ranks of the Leeds United youth setup. The team was playing the best football many had seen at the club for years, and with minimal investment to the first team, Leeds were regularly outplaying Europe’s elite. Kewell, in particular, was clearly an incredible talent, and his form throughout the next few years would lead to concrete interest from the biggest sides in the world, with Barcelona in particular being rebuffed several times. However, the foundation for this would be laid in Wilkinson’s first season at the club, when Leeds United were a struggling second division side with minimal financial capacity.

In an interview last year with Leeds United fanzine The Square Ball, Howard Wilkinson revealed that from as early as his initial meetings, he had laid out plans with Leslie Silver and Bill Fotherby, chairman and director respectively, that would lead to the creation of the Leeds youth system. Silver, underwriting the team at the time, pledged his support to the plan with the understanding that within time, this would come to fruition and the club could capitalize heavily. Therefore, plans began to be laid that would allow the innovatory establishment of the Leeds Youth Academy, based at Thorp Arch, on the outskirts of the city.

Where today the media still focusses on the idea of an English La Masia, and there is constant bureaucratic struggle within the Football Association when attempting to establish academies that can compete with Spain’s best, this struggling second division side would create a “football greenhouse”, in the words of Wilkinson. Under the command of Paul Hart (erstwhile Nottingham Forest, QPR, Crystal Palace and Swindon Town manager), and Dick Bate, the academy would begin to implement the process Wilkinson had conceived of whilst managing Notts County.

Believing there was a four-step plan to the training of youth, Wilkinson would have his men find the players, and then have talented coaches teach them the game. Most imperatively, in his view, was the manner in which Leeds United created provision for the players to live on-site, essentially allowing them to train before school, after school, during the weekends and school holidays. Furthermore, it would allow the coaching staff to experiment with players – Ian Harte, an integral part of the Leeds side that would reach the semi-finals of the Champions League, began his career as a striker, before experimenting at left-back and eventually making a career from playing there. This all took place before he had even appeared in the youth team. Finally, Wilkinson believed that these players needed to be provided with an opportunity to actually play in the side, as a key facet of their development. This led to the integration of Kewell, Harte, Alan Smith, etc., into the Leeds team at an early age.

Whilst Leeds fans will immediately point to the success of the team under O’Leary as evidence of Wilkinson’s plan, many do not realise there were signs that Leeds would become a force to be reckoned with even before this. The players who grew up in Wilkinson’s greenhouse would win the youth cup in 96/97, and then the reserves league the following year. By 98/99, the first team would become littered with academy prospects, exactly ten years after Wilkinson had initially met with Silver and Fotherby, and his ten-year plan had been put into practice.

The talent pool would slowly dry up, and it is clear that Simon Johnson and Harpal Singh cannot be mentioned in the same breath as the results of Thorp Arch’s initial ten years. This failing is evidence of the flaws with creating this sort of establishment in a country ruled by financial results. Caspian Group would take over Leeds United in 1996, and with them bring a replacement to Wilkinson in the form of George Graham. Graham would fall out with Paul Hart over the promise of Jonathan Woodgate, with suggestions that Graham said he would rather purchase a new player than give the untested youngster a place in the starting eleven. This flew completely contrary to the methods Wilkinson had established at the club. This lack of interest in the academy from the new regime would destabilise the production line and lead to the aforementioned lack of results, ripping much of the innovation out of Thorp Arch even as it led to so much success on the pitch. Financial mismanagement would occur as great outlays on players occurred to make up for the sudden drop in youngsters entering the first team set-up.

Wilkinson, therefore, can be seen as immensely responsible for the success of Leeds United over a decade ago. Had the academy, in that form, remained in place, Leeds would most certainly not have found themselves in the various difficult positions they have in the years since. From this, it reveals truths that all clubs should take heed from, that no matter the size, the correct innovation can craft an impeccable future. The only true shame of the entire period is that Wilkinson was removed before he could manage the team he was so incredibly responsible for.