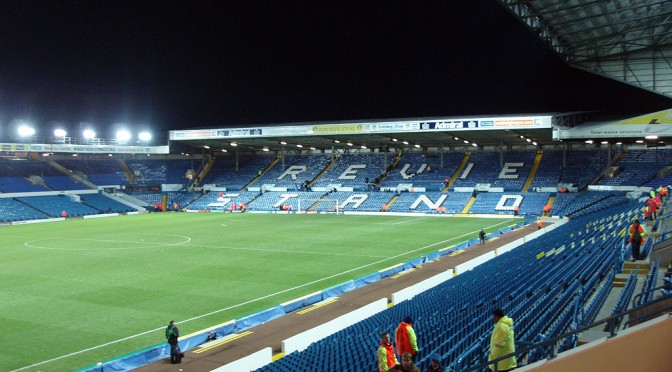 From the minute Dylan opens his mouth, you can hear the conviction that permeates every single word. To say that he is driven about the task that stands ahead of Leeds Fans LLP, a group of fans who want to bring democratic fan representation to Leeds United’s board, would be an understatement.

“I truly believe that this is the last opportunity to save Leeds United,” Dylan Thwaites tells me.

Dylan was born in Huddersfield. His allegiance with the Elland Road side began in 1972, the year they won their solitary FA Cup. He has been there for the high points and the low, especially over the last decade, when the club’s misfortune is most clear.

Leeds win the FA Cup in 1972, with Allan Clarke scoring the goal. Clarke is involved in Leeds Fans LLP.

What separates the well-spoken Dylan from previous hopefuls at Leeds is that he’s not looking to buy the entire club himself, but aid in the formation of a fan-wide group to buy an initial 25 percent. While others have taken the money they’ve earned and hoped that it would be enough to fund the club, he’s more realistic, and believes that his role is as part of a group, rather than as an individual.

What has driven him to this point, I ask. Dylan can remember a particular moment. It was shortly after the current owners bought the club, and manager Brian McDermott was sacked. Dylan missed the news that Neil Redfearn and Nigel Gibbs were put in charge, and faced, like many Leeds fans, the conundrum of supporting Gianluca Festa’s side.

He recalls: “I was watching the [Huddersfield Town] game and I thought, ‘I just don’t care’.”

It was the absolute helplessness that he felt about the situation just over a year ago that planted the seeds in his mind.

His life has, as a result, changed hugely over the last few months. In December, he was approached, and since then, it’s been hectic.

“I was invited to this meeting before Christmas, and thought to myself, ‘I’m in an intolerable position here, I’m not enjoying Leeds United’.

“From there, it’s been all go. I truly believe that success comes when preparation meets opportunity. We’ve got to get that preparation done as quickly as possible, because we don’t know when the opportunity will arise. We need to manufacture our luck.”

This isn’t to say that Dylan is opposed to Massimo Cellino’s regime at Leeds. He’s had positive meetings with Andrew Umbers, and was happy to relay how impressed he was.

He said: “I’m almost tired of pointing out where people have managed it badly. I’m hopeful, given what I’ve heard, that we have an intelligent and cogent way of moving the business forward, and that we’re better run than we have been for the last 10 years.”

“That’s why we’re potentially aligned with Cellino. We need to sweep away all of the debris that’s been accumulated. I don’t think Cellino can do that without the fans on board. If we suffer another 15% drop in attendances, that’s them gone.”

Despite being turned into the public face of the group recently, Dylan has no interest in changing the public image he presents: “I’m not bothered for it, I’m just going to be me. I’m a Leeds fan.”

He’s also honest about the role he will play in the immediate future: “I think I’ve got to at least take it forward until we’ve got the funds raised, and hopefully we’ll be in negotiations at that phase. That’s my background and skills.”

As to how serious the situation at Leeds is, Dylan is completely honest. He admitted, “I think it is a last chance, I really do, especially for my generation, which is a really powerful part of our fanbase. We have an older fanbase than a lot of clubs. Increasing numbers of them go ‘I think this might be my last season’.

“I think they’ll find it really difficult to rescue the club without losing this next batch of fans, unless they engage with those fans.”

“There’s this feeling that supporting Leeds United isn’t as fun as it used to be, and there is this sense that if we can grab it back, we’ll be one of few clubs with a fanbase that enjoys watching football in a watching football kind of way.”

It’s not all negative for him though, and our chat ended on his enthusiasm for all things Leeds in even the darker moments of his life: “When Leeds beat Manchester United in 2010, I was actually in America, and my boy had just suffered multiple fractures in his arm while snowboarding. We’d had to get him taken to the children’s hospital in Salt Lake City. They operated on him at around midnight.

“He was groggy, and I said to the staff, ‘Look, at 6 o’clock your time, there’s this incredibly important match on, is there any way we can watch it?’ When Jermaine Beckford scored, we couldn’t believe it, we were going absolutely wild at six in the morning.

“Despite my boy being hurt, it’s still one of my best memories.”