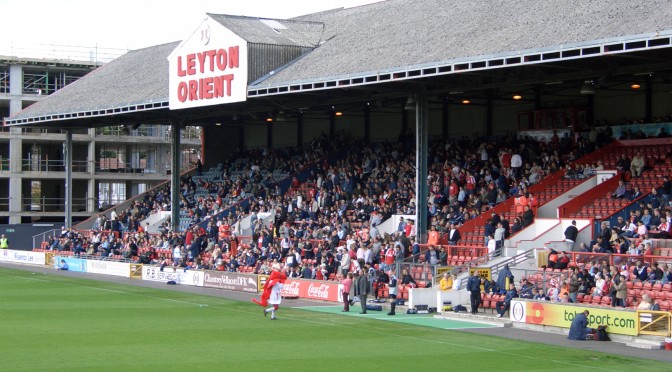 It’s half-time. Leyton Orient are trailing 1-0 to Blackpool at home. Having just sacked a long-serving player, a member of the club’s embattled managerial duo now turns to two youngsters who have disobeyed his tactical instructions.

The dressing room air, having just turned blue, now condenses on a nearby camera lens. This is how John Sitton will be remembered; by a moment he would rather forget.

“Stupid,” he says, recalling the incident today. “It was ridiculous. It made me look an oaf.”

The outburst didn’t cost him his job. The club’s relegation, amid three boardroom upheavals and a persistent threat of liquidation, took care of that.

It did, however, all but end Sitton’s career following its inclusion in ‘Orient: Club for a Fiver’, a fly-on-the-wall documentary which aired twenty years ago. He hasn’t worked as a manager in professional football since.

“For months afterwards I applied for everything but never even got a letter in reply. The documentary ruined any future prospects because me drilling the back four, working with the reserves, working with the youth team – that doesn’t make good television.”

Whereas his fellow co-manager Chris Turner received advice to stay out of the filming process and went on to manage other high-profile clubs, Sitton was ostracised from the game.

He now earns a living as a cab driver, working shifts which stretch into the early hours of the morning, but still his reputation precedes him. He couldn’t even escape it when he applied to take the ‘Knowledge’.

“The senior London examiner lent across and said: ‘I recognise you. That documentary didn’t do you any favours, did it?’ Later I realised that, to test my temperament, they were asking me to locate obscure blue plaques while my contemporaries were asked to find stuff you can see from space.”

When he returns home from work, he lights a cigar and compiles his forthcoming autobiography, A Little Knowledge is a Dangerous Thing, which promises to address what happened during those turbulent ten months at Brisbane Road. It will show that, for all his light-heartedness, embarrassment and contrition, he is frustrated by his treatment. He knows the punishment did not fit the crime.

This is the same Pardew who, eleven months ago, publicly head-butted an opposition player. The same Pardew who remains a top-flight manager. “If your face fits you’re forgiven. If it doesn’t, you’re perceived as the lunatic.”

The subject of Twitter surfaces as we sit in the back of his cab. The social network provides Sitton with an outlet to voice his opinion on the game. He writes out his thoughts in longhand and allows his wife Loiza to type them up for his 4,314 followers.

Meanwhile, at Brisbane Road last night, his old club capitulated to a 1-0 defeat against Notts County, watched by a smaller following than that reading Sitton’s tweets.