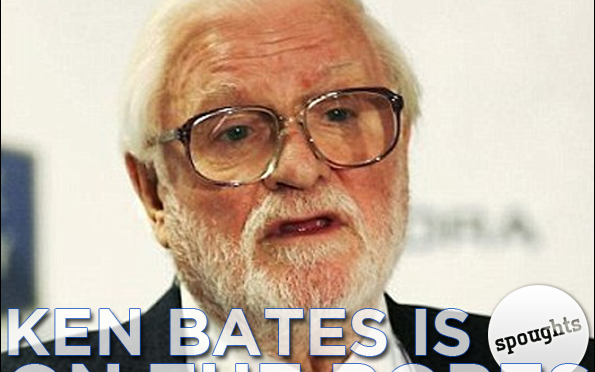 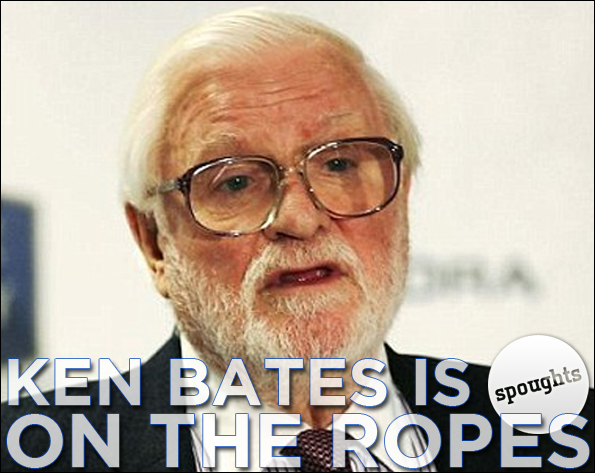 Over the last few weeks, it has become increasingly clear that Ken Bates no longer holds any power at the club that he owns. This is a baffling state of affairs, and one that I seek to explore. Below is an explanation of how Ken Bates has found himself in this position, whereby his ownership is of little more value than the name on the door, and what this has resulted in at Elland Road.

Ken Bates has often spoken of the solvency of Leeds United since his second phase of chairmanship, i.e. the lifting of Administration and his retrieval of power in 2007. The manner in which Ken Bates re-established control of the club, eventually winning over other bids through the insistence of previously unheard of creditors, allowed Bates to put Leeds back on a firm financial footing. The chairman paid mere pennies in the pound, and would not have to pay any more unless Premier League football was achieved prior to 2017. This is of little consequence, as the cost of this additional fee is minimal relative to the windfall that Premier League football provides. (It is, however, interesting as an aside – agreements over who would have to pay this fee will likely have proved an annoyance in negotiations.) Bates then spent several years insisting that not only did he not own Leeds United, but that he was completely unaware of who owned the club. He even managed to purchase the club from these mysterious owners, still not aware of who they were.

It was at this point that Bates began to make decisions that brought Leeds United’s solvency into question. Whilst Leeds had sold players on over the years, for example Fabian Delph, the loss of Beckford at the start of our Championship return seemed understandable. After all, he simply did not agree to a new contract. It was, at that point, not a question of whether Beckford was being sold to fund Bates or anything of the sort – after all, we had rejected deals for him the previous January, losing him for free with the understanding that he’d get us promotion. It is also not worth considering the financial benefit of promotion offsetting the loss of a transfer fee; the manner in which the Football League operates means that the jump in central fund allocation between the two divisions is negligible. Where the Premier League represents a return to eight-figure television payments, the Football League is generally built around a reasonable understanding that funds are evenly split – there is obviously a divisional difference, but promotion does not bring the material gains that the hyped £90 million Championship play-off final does. So Beckford was retained, with the answer to the question of selling being not about the business side of Leeds United, but the benefits to the footballing side.

Why, one might reasonably ask, has there been a shift? Beckford was, over the course of an 18 month period, swiftly followed by Johnson, Kilkenny, Schmeichel, Gradel, Howson and Snodgrass. Of those mentioned, three of them are now playing in the Premier League, and one reportedly single handedly fired a Ligue 1 side to the Europa League in the latter half of 2011/12. Yet none seemed particularly keen to go. Ben Parker will remain a hero at Elland Road for his ruthless reporting of Howson’s transfer. At an event in the Pavilion, Parker revealed that Howson was forced out, a bid accepted and no attempt made by the club to retain him. It has been reported by the brilliant people at the Leeds United Supporter’s Trust that Snodgrass has a buy-back clause built into his contract. The fact that it was built into his contract, not the terms of the transfer, shows that this is a term he insisted on – he did not want to leave Elland Road, even if the club had no belief of ever bringing him back.

Why has this shift occurred? The reality is, ever since the paper transfer of the club into Ken Bates’s hands, astoundingly foolish decisions have been made, the most obvious of which is the building of the East Stand corporate section last summer. It is no coincidence that the supposed £7 million outlay on this development has coincided with our most regular period of player sales. As covered first on this site, Simon Grayson’s budget was horribly slashed last season. Every Leeds fan knows this, but for the last 18 months, football has no longer been the priority at Elland Road.

Why is this all important for the question we ask today, which is how has Ken Bates found himself in the position he’s in, and what does this mean for the takeover? Ken Bates, through incompetence and a stubborn belief that his personal philosophy on football club chairmanship (which also nearly led Chelsea to ruin) is the only right way, managed to place Leeds on a precipice between a takeover and future success, and financial frailty and ruin.

This is the situation at Elland Road. The loan taken to cover the building of the East Stand development has been offset against Season Ticket income for the next two seasons. The Square Ball covered this months ago. However, whilst this shows we have significant debts that cannot be easily serviced with standard income, leading to the selling of Season Ticket income, it also leads to another issue at the club – cash flow. Season Ticket income is dealt with in an odd manner. The club is not allowed to spend each portion of money until the good has been delivered to the fan – i.e. the match that each 23rd of a season ticket pays for. Whilst it gives the club guaranteed income over the course of a season, the money from a season ticket cannot be spent as a lump sum. Therefore it is incredibly beneficial to cash flow if retained. It provides a guaranteed payment every month that can be factored into budgets, giving leeway against any sudden costs. The selling of this income to the tune of £5 million to fund the East Stand means that at Leeds, there is no guaranteed monthly income. Should Leeds suffer a shock to the financial system, there is every chance that we will not be able to afford it. The safety net is gone, and yet we still have debts to service.

Alone, this would place Leeds United in a precarious financial position. Whilst player sales can cover this and even give Leeds a positive financial outlook at the end of a season, any other debts would make things difficult. Ken probably realised earlier this summer that the debt put him in a mildly untenable position. This issue of financial ruin can be combined with the fact that no one particularly likes him. Yes, there is a subset of fans who accept him, but as the summer has shown, this is easily eroded. There is a final reason Ken might wish to leave, that will have come into his thinking, that I do not wish to expand upon. It is a reason nonetheless.

So along came a takeover attempt. The Yorkshire Evening post has suggested that this has been agreed several times, as have LUST. Bates remains obstinate in his signing off of the documents, which has led to the Pen4Ken movement.

However, the signing off has to occur. The original issue of debt arising from the East Stand development (and the Pavilion) aside, the club has since been loaded with further debts that Ken is not in a position to fend off. There was an agreed fee that would be paid if due diligence occurred successfully yet the deal collapsed, which is why Bates has come crawling back to the negotiation table. Furthermore, the new owners funded Aiden White’s new contract, which the club would not have been able to afford otherwise – similarly, we cannot afford to pay back their involvement in this deal should the takeover collapse entirely. A similar agreement was in place, I have heard from sources, for Lee Peltier’s transfer – Warnock himself said he was surprised that we were able to afford him.

Should the takeover collapse therefore, the future does not look rosy. Administration is a very realistic possibility. Ken cannot afford for this to happen – in the event of administration, Bates would receive no money for the sale of the club, and the potential new owners would likely be able to snatch the club for a significantly lower price than if Bates sold to them directly. This is assuming debtors related to Bates (i.e. Astor) do not come crawling from the woodwork.

This has all led to the current situation at Elland Road. Bates needs to sell but is obstinate in his refusal to. Shaun Harvey, Chief Executive and previously bemoaned by Leeds fans, has taken the club aside and united it against its owner in a bizarre twist of events. “The club”, as alluded to by Gary Cooper, chairman of LUST, is now entirely separate in action from “Ken Bates”. There was no defense of Ken Bates on Yorkshire Radio last night when a caller named Steve managed to air grievances on the phone-in, merely the suggestion that Yorkshire Radio itself was not biased. An interview with Bates remained on LUTV for very little time – broadcast once in the ground well before kick-off against Wolves, with few in attendance, this was likely to appease Bates. Shaun Harvey appeared at an evening organised by LUST and the FSF, an incredibly unlikely event months ago. Harvey seems to have Cooper onside, at least with the mutually beneficial goal of ousting Bates, as, after all, Harvey understands that the only way Leeds United can continue (given debts and all) is with new owners who have the financial muscle to rectify the mistakes Bates has made over the last few years. Bates himself would never accept these are mistakes. He is a stubborn old man who believes his method of property development is the way forward for football clubs. He thinks he can still turn it around, that is why he does not sign.

He will have to though. The Bates regime cannot last much longer. He cannot afford it. It is sign or bust for Ken Bates, and signing will bring him untold riches. The Club itself is united against him, and Bates has no allies. He even went as far as attempting to get the Supporter’s Club on his side in the programme notes last night, which shows how far he has fallen. He is so weak that he needs help from those he has previously criticised repeatedly. There are no assets left to sell. He is all alone, trapped in an ivory tower as those below him ignore his demands.

Bates must sign and he will. The only question now is when.

15 thoughts on “Ken Bates is on the ropes”