Leeds United have confirmed their starting line up for the clash with Derby County tonight in the Championship.

The game between the two second tier sides will be broadcast live on Sky Sports at 7.45pm.

Leeds have won only one of their 12 away games this season, but that was against one of Derby’s rivals for promotion to the Premier League, Bournemouth.

The Whites also managed to beat Derby last month when they came to Elland Road.

A 2-0 win came courtesy of a pair of goals from Italian striker Mirco Antenucci, who continues his run in the first team tonight.

Leeds head coach Neil Redfearn has also turned to Rudy Austin in an attempt to improve his side after Friday’s 2-0 loss against Wigan Athletic. Michael Tonge misses out as a result.

Liam Cooper keeps his place in the centre of defence ahead of Jason Pearce, despite having been involved in a mix up with goalkeeper Marco Silvestri which saw him score a bizarre own goal.

Leeds United have been rocked with fresh injury doubts ahead of the game against Wolverhampton Wanderers at the weekend, with Rodolph Austin and Billy Sharp both suffering from problems, as reported by Adam Pope of BBC Radio Leeds.

Sharp was expected to be involved in the game, with Souleymane Doukara suspended after picking up a fifth yellow card of the season.

However, it now seems as though his inclusion could be thrown into doubt, with head coach Darko Milanic unsure about whether he will be fit for the clash.

Austin has also been consistently involved with the first team since Neil Redfearn’s caretaker spell in charge of the Whites.

He has impressed on a regular basis, but could miss out at the weekend, something that will be a disappointment to Milanic.

It could now be interesting to see how Leeds choose to line up, with one clear first choice player out, one doubtful and an obvious replacement also struggling for fitness. 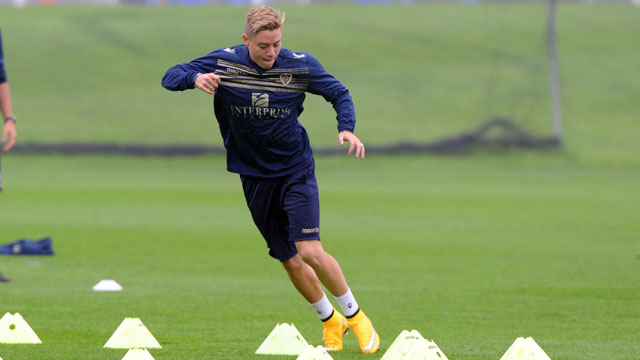