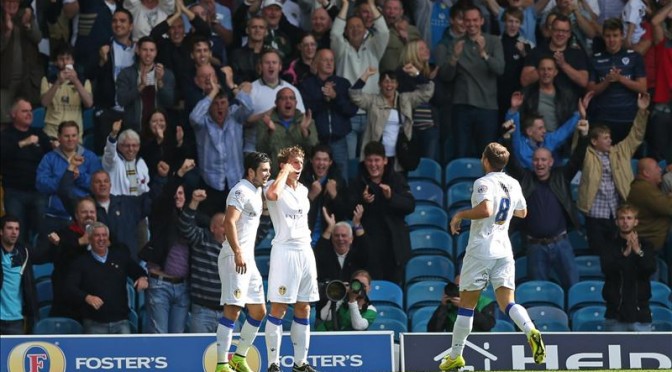 Leeds United ended a long running hoodoo that Derby County held over them at the weekend, beating them 2-0.

It was an excellent display for the Whites from back to front.

While Mirco Antenucci scored a brace, giving Leeds the all-important three points, there were undoubtedly top performers elsewhere on the pitch.

The young midfield duo of Alex Mowatt and Lewis Cook both seized control of the game after about 20 minutes of play, dominating the midfield and stopping the likes of Will Hughes from playing.

Mowatt continued his good form by providing another assist for Antenucci to open the scoring.

However, the player to emerge with the greatest plaudits was undoubtedly Stephen Warnock.

Here are three reasons why he was so important to the Leeds win.

1. He put his body on the line for the cause, winning 71% of his staggering 13 attempted tackles. 2. He made a game saving interception to stop Derby from scoring towards the end of the game, one of four that he made over the course of the match.

3. He captained a young side, with an average age of 23, to an important win, leading by example from the back.