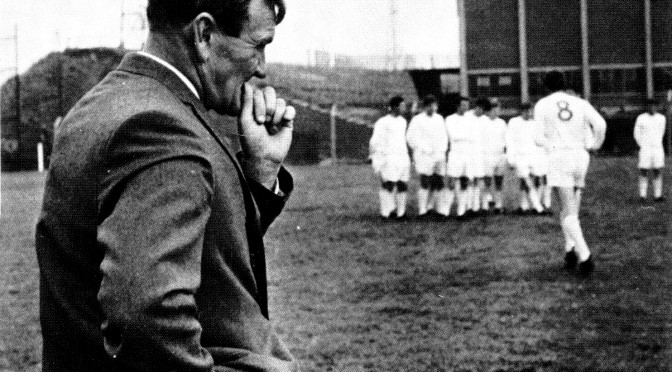 When Andre Villas Boas was appointed Chelsea manager in 2011, social media went wild over old scouting reports he had written several years earlier. He was hailed as a new found genius, the Premier League’s new prodigy. The documents that ended up on Twitter were detailed, analytical, clever, and nothing new.

In 1961, Leeds United appointed Don Revie as their manager. Revie, who passed away in 1989, had shown his ability to look at football thoughtfully while still a player – when he was at Manchester City, the 1956 FA Cup Final was won by employing the famous Revie plan, based on the role played by Hungary’s Nandor Hidegkuti. Revie was deployed as a deep-lying centre forward, something unique in the English game at the time.

Revie went on to become the most important manager in Leeds United’s history, but while he is revered in West Yorkshire, he is reviled elsewhere in the country. His team were associated with what were seen as footballing dark arts, but many of these have become a normal part of what we see in the modern game.

Eddie was a key player in Revie’s side. Widely regarded as an ultra-talented winger, he has since managed Leeds United and currently works for the club’s in-house media channels.

“Lasher” Lorimer is Leeds United’s top scorer of all time, despite retiring from football in the 1980s. He played on the right side of midfield for Revie’s side, and was well known for his powerful shot.

“We couldn’t get intimidated, it never worried us.”

Once viewed as wrong, there is now no modern side that doesn’t analyse the opposition before a game. Revie was the first manager to introduce these, using coach Syd Owen as his spy. Leeds’s Peter Lorimer, who was part of Revie’s side, explained that the manager did it as part of an obligation to his players.

“He felt that if we conceded a goal and it was something he hadn’t told us, he’d let us down,” Lorimer told me. “He made sure his side was covered. The dossiers were very intense. Don was a believer in his players going out to perform, but he also wanted us to know everything about our opposition. We’d get a complete dossier on everything they did – free kicks, corners – and any weaknesses we could play on. In training, we’d work on exactly what to do and what to expect. We were basically prepared for everything the opposition might do to us. You can get caught out, especially against foreign opposition. Syd went all over to watch the opposition so we knew what to expect. They weren’t doing that to us – Don was one of the first to bring that into the sport.”

Eddie Gray, who played on the wing for Revie and later managed the Elland Road side, echoed Lorimer’s words, adding: “Don got criticised for the dossiers when he went to manage England, but for us, they were part of our footballing education. He always had people going to games, analysing players and then he would show us where we could hurt the opposition.”

While the dossiers are relatively infamous because of how they were seen at the time, one aspect of Revie’s innovations that has rarely been discussed is his use of team doctor Ian Adams. Arsene Wenger was highly praised for banning food like red meat, eggs and chips at Arsenal in the mid-1990s, but a throwaway comment from Lorimer revealed that Leeds had taken a new approach to player diets in the sixties.

“Don was one of the first managers to bring a doctor into the setup. Dr Adams made sure we were one of the first teams to work on diets and what to eat before games. We would have chicken and things like that. We ate the food that gave you energy. Before that, footballers ate a steak before a match.”

Many modern managers are especially praised for their man management, especially Jose Mourinho and the retired Sir Alex Ferguson, who undeniably changed sides through excellent motivational work, and Revie had that in his locker as well. Revie imbued his players with self-belief.

Imagine a side losing the title on the last day of the season because they had won an FA Cup final only two days before and were fatigued. Imagine that side then losing the FA Cup final the next season to rank outsiders, despite dominating the game, in one of the greatest cup upsets of all time. Imagine that side, with no additions, then coming back stronger to win the championship the next season, racking up a then-record 29 consecutive games undefeated in the process. Leeds did that in 1973-74. They had to believe they were superior and not be knocked back. Revie instilled that.

Gray admitted the team always believed they would win, saying: “We thought Peter was a big threat, the players in the side made sure that he got plenty of the ball. If Don thought I was the avenue to hurt the opposition, Johnny Giles and Billy Bremner made sure I got on the ball. It was nearly always proactive with us. We thought we had great players. You just had to look around the dressing room and see the players that were sitting with us.”

“When we played anybody, no matter, we expected to win,” Lorimer added, “because Don bred major confidence in the team. When a lot of teams go abroad and go away, they look not to lose – we went to win the game. We couldn’t get intimidated by opposition, it never worried us. We had a group of lads who were prepared to step up.” 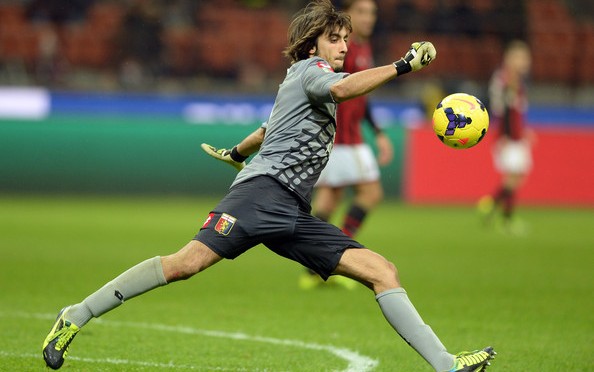 Liverpool have recently been linked with a move for Genoa stopper Mattia Perin in the January transfer window.

The goalkeeper has been in exceptional form for the Italian side this season, contributing heavily to the fact that his side have risen to sixth in the league, conceding less than a goal per game.

Perin’s form is notable, with the keeper keeping five clean sheets for the Italian side in their 16 games.

Liverpool require a new goalkeeper, having thrown in reserve stopper Brad Jones for the last few games due to the terrible drop in form suffered by Simon Mignolet.

The Belgian keeper looks like he has a mistake in him in every game, and this is not a tolerable situation for a first choice goalkeeper, undoubtedly the player on the pitch that a manager has to have the most trust in whenever a game kicks off.

Jones will not remain first choice, with the Australian simply not possessing enough quality.

Perin therefore seems like he could be an ideal solution to a conundrum that is facing Brendan Rodgers.

At £12 million, his price tag is not particularly prohibitive, allowing the Reds to manoeuvre elsewhere in the transfer market, given what they need.

He also has a clear pedigree and plenty of talent, given that he has been capped by the Italian national side, despite being only 22 years old.

He is also frequently compared to Gianluca Buffon, Italy’s incumbent stopper and one of the world’s best goalkeepers over the last 20 years.

If Liverpool could secure a player who could match up to Buffon, it would be an exceptional signing.

Aside from his clean sheets, Perin outperforms Mignolet whenever he is faced with a shot.

He makes 3.67 saves per goal conceded, doubling Mignolet’s efforts, with the Belgian only stopping 1.59 shots per goal that he concedes.

The only thing that might be a worry for Rodgers is Perin’s distribution.

Liverpool are famed for their passing style, as evidenced in the 2-2 draw with Arsenal at the weekend when they dominated the play against Wenger’s usually pass-happy Gunners.

The Italian keeper’s distribution is poor, however, with him only completing 54% of his balls to other players.

Despite this, he seems like he could be an excellent addition, and at £12 million it is difficult to see Liverpool doing better in the January transfer window when looking at solutions to the goalkeeping problem. 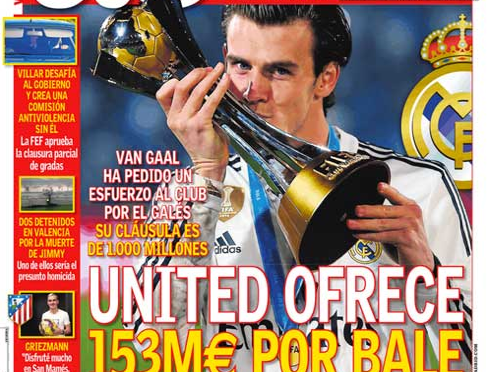 Manchester United are set to offer a whopping €153 million to sign Gareth Bale from Real Madrid, with Louis van Gaal having asked the Man Utd board specifically to sign him.

This is what is being claimed by Spanish newspaper AS, which suggests that Man Utd are set to break both a British and worldwide transfer record in their quest to sign the Welsh wing wizard.

Tomorrow's AS claim that Manchester United will offer €153m for Gareth Bale – van Gaal has asked the club for Bale pic.twitter.com/Mn5FyeQDTt

Bale has been consistently linked with a move to Man Utd in recent seasons.

Prior to his move to Real, Bale was chased by Man Utd, but as recently revealed, the deal was too far down the line to change.

They then targeted him in part during the summer, but pressed forward after the transfer window closed.

With an offer like the amount suggested by AS on the table, it would be difficult to see Real turn it down.

Bale is also reportedly keen on a move back to England.