Leeds United have today confirmed the signing of Granddi Ngoyi, but the Whites would be foolish to expect too much from the defensive midfielder too soon. While he has been a success in the past, his level of action for Palermo this season puts his fitness at doubt, reports Amitai Winehouse.

The Elland Road side used Nicola Salerno, Leeds’ sporting director, for the majority of their transfer business in the summer. While his knowledge of Italian football is to be commended, some of the additions did not play much football last season, and it has caused problems.

As a result, Leeds have reverted to using tried and tested players with experience of the Championship in recent weeks, and their form has picked up somewhat, culminating in the 1-0 win against Bournemouth last Tuesday, a result that was particularly impressive given the disparity between the two sides in terms of league position.

While it would be unfair to suggest that Ngoyi comes without some hope, having played a big role as Palermo were promoted from Serie B last season, Leeds cannot afford to make the same error they did in the summer, and expect too much from another player who has played very little football recently and is going to have to acclimatise to a difficult division.

Demanding too much from him too soon could be a mistake. He has only played 71 minutes of league football this season, with all five of his appearances coming from the bench for Palermo. In fact, his last game was on the 24 November 2014, when he played for less than a minute, suggesting a serious lack of match fitness.

Recent reports have suggested that Rodolph Austin might be sold this month. If Ngoyi is his intended replacement, to be thrown straight into the first team, that could be a problem, especially with Leeds requiring points between now and the end of the campaign to avoid the dreaded drop into League One.

Head coach Neil Redfearn would be far better served, if he can convince the powers that be at the club, to retain the pool of players he already has, and slowly integrate Ngoyi into the side.

With an option to sign him permanently written into the loan deal, presumably after a negotiation down of Palermo’s £1.5 million rating of him, easing him into the division would be best for Leeds, rather than throwing him into the deep end. An extended period with opportunities in flashes might be the best way to judge him, instead of demanding a performance as soon as this weekend’s important Yorkshire derby against Huddersfield Town. 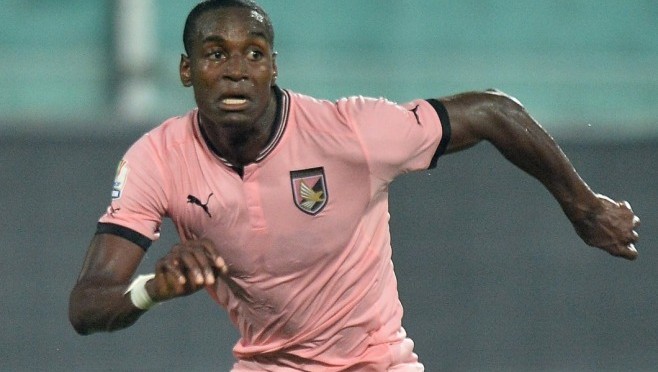 Leeds United have been credited with an interest in out of favour Palermo midfielder Granddi Ngoyi, as reported by Italian outlet Tutto Mercato Web.

The Whites are thought to be in the market for additions during the January transfer window, despite being under a transfer embargo from the Football League.

Accounts from GFH Capital’s time in charge revealed that they failed the Financial Fair Play test last season, meaning that they are limited in what they can do during the January window.

However, there are expectations that they will bring in at least a few loan signings.

While Neil Redfearn has repeatedly called for the addition of Championship experience, owner Massimo Cellino seems to be targeting the Italian market again.

N’Goyi has made only 26 appearances since 2012, including five this season.

As a result, he would likely be keen on a switch.

Leeds could exploit that by tying up a loan deal this month, according to TMW.