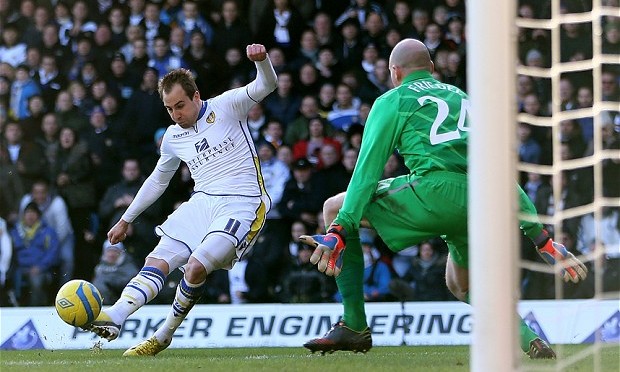 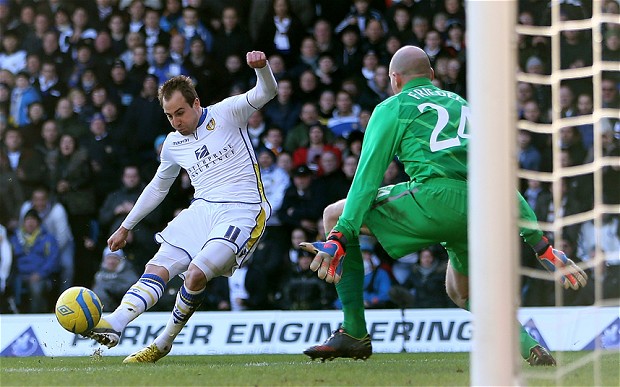 The question is really whether it was simply a case of confidence? Even the best strikers can fall apart in the face of a lack of belief, but Luke Varney never even gave a glimmer of potentially being of a standard good enough for Leeds United. However, goals against Premier League opposition, especially Premier League opposition challenging for the Champions League, will probably provide a glimmer of hope to even the most beaten down soul.

Varney has two goals to his name now, and in the most recent 5 games (including the Spurs game) has provided the sort of performances that inspire belief amongst Leeds fans. Yes, the showing in the second half against Middlesbrough and in the whole game Manchester City was not worthy of praise, but that was the case for the entire team, not just the previously maligned forward. His first half against ‘Boro was decent enough, and he possibly was unlucky not to score an absolute screamer in that forty-five minute period.

Against Blackpool on Wednesday, despite not scoring (and having the opportunity to do so), Varney was the best player on the pitch, running about, winning every header, beating his man and providing opportunities for other players constantly. Many of our better opportunities came directly from his efforts, and in fact, the corner that led to the first goal was won by Varney.

What’s brought about this change? Is it just the confidence the Spurs goal provided? I think instead, it comes from slight shift in formation provided by Diouf’s sudden disappearance from the first team. With McCormack willing to track, it has allowed Varney to move further forward, not having to track on behalf of himself and another of our deeper advanced players. This was shown most clearly by our deployment of a 4-3-3 last night, with Varney essentially playing as a classical inside forward, swapping wings with McCormack as required. Tactically, we now suit Varney’s style of play, given his natural preference to play up-front rather than in a midfield berth.

It would be the right thing to keep him in the side now, and the system also suits the minimal available backup we have, the likes of Habibou and (when he returns next season) Poleon able to function in the same role. It’s just a shame it’s taken so long to get to this point.

(Incidentally, one of the better things Luke Varney did yesterday was clap the fans and make a celebratory gesture in their direction post-match. It was nice to know he no longer hates playing for us).