Dave Hockaday has refused to rule out the signing of former Italian Under-21 goalkeeper Marco Silvestri, who has been extensively linked with the club in recent days.

The 23-year-old, who spent the end of last season on loan with Massimo Cellino’s former club Cagliari, seems set to make the switch to Elland Road. Leeds are currently under a transfer embargo as a result of the winding-up petition served on them by Sport Capital, although they expect this to be lifted as soon as Tuesday.

When asked about Silvestri by Adam Pope of Radio Leeds, new Leeds Head Coach Hockaday refused to say anything except that the deal is not yet complete.

#lufc Hockaday on Silvestri:”What I know in football is until pen is put to paper & it’s official it is unprofessional of me to comment.”

Leeds also look set to complete the signing of the former Maidenhead United defender Andre Blackman, after he was pictured at the club shop as part of the new home kit launch.

The Elland Road club began their pre-season on Thursday, although they have not yet revealed a full schedule of games. They travel to Italy this week, with a series of fixtures expected to be played there against local sides.

Moritz, who plays in midfield, played for Bolton last season, but has seemingly now made a move to Leeds ahead of the new season.

The Brazilian played 23 games for Bolton last season, scoring seven goals as they struggled to put an expected promotion push together.

Leeds are currently in a state of relative limbo, without a coach and with little in the way of publicised planning for the summer ahead.

While new owner Massimo Cellino has suggested that he will deal with the coaching situation shortly, the situation has not yet changed. He has, however, interviewed several possible candidates for the post, including ex-Leeds manager Gary McAllister.

Moritz could be a worthwhile addition to a side that struggled last season.

A positive start to the season, which saw Leeds comfortably in the play-off spots come Christmas, was soon eroded by mismanagement, and by the end of the year the threat of relegation hung over the club. 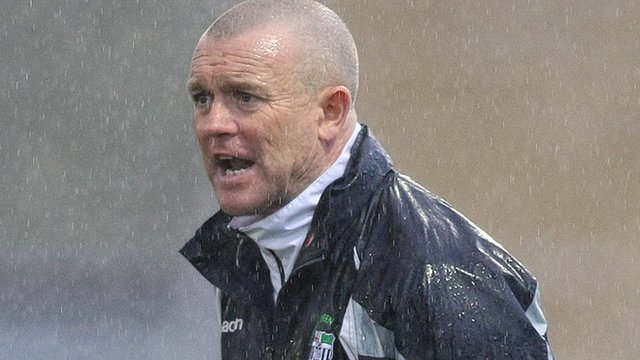 After Brian McDermott’s departure from Elland Road last night, Dave Hockaday, the ex-Forest Green Rovers manager, has found himself placed as the surprise favourite for the position.

Hockaday’s managerial record is not great, with a relegation from the Conference to his name and little else of note, despite four years at Forest Green. Managing Leeds would inherently be on a completely different level, but even discounting his work at Forest Green, having someone like Hockaday in charge of the first team would run in contrast to what is seemingly working best in this country.

Going for a man of Hockaday’s standing could quite simply be a manoeuvre by Cellino to ensure the man in charge of the first team is entirely under his control. He wouldn’t be likely to argue, knowing his position there is predicated on nothing but the goodwill of the man in charge. Cellino would, inevitably, have control of the footballing side of things, transfers, and may even end up selecting the side game to game. Hockaday would coach.

Forget Hockaday for a second here – Cellino may have money, but he’s not a football man. He’s not even like a Jose Mourinho figure who has worked his way to the top through his sheer understanding of the game. If Hockaday is appointed as coach, and it works like I expect it to, Cellino will have bought his way to controlling a relatively big football club. It’s disconcerting.

Even assuming that Hockaday has more control than I think he will, the more successful English clubs are reverting to autocratic control from a manager. Brendan Rodgers’s success this season has allowed him to win control of transfer dealings this coming summer. Having it out of his hands led to a series of failures in the market last season, and if some of the moves Rodgers pushed for came off, Liverpool would probably have been lifting the title this year. Even so, he shows what a quality manager can do in a season.

The same can be said for Roberto Martinez, who revolutionised Everton this season. Having brought in players that he rated and understood would fit his system, he’s coached them to become an extraordinary unit. He has a defined philosophy and has implemented it at the club, and it paid dividends as the season wore on.

Does Hockaday have anything of the sort? Even if he did, would he be allowed to implement it? Even McDermott came in saying that he wanted to make Leeds the “best passing side in the division”, until various problems put an end to that.

As a symbol of the importance of a singular power at a club, take the example of Andres Villas Boas at Spurs. The man is probably a good manager but was utterly hamstrung by the questionable transfer dealings of his Director of Football Franco Baldini. He entered the season with far too many new players, a hugely imbalanced squad, and you got the sense he never really rated the players the man above him had brought in. Inevitably, he left.

Hockaday’s appointment would be baffling, but more than that, it would need to go against everything football has taught us recently for it to work.