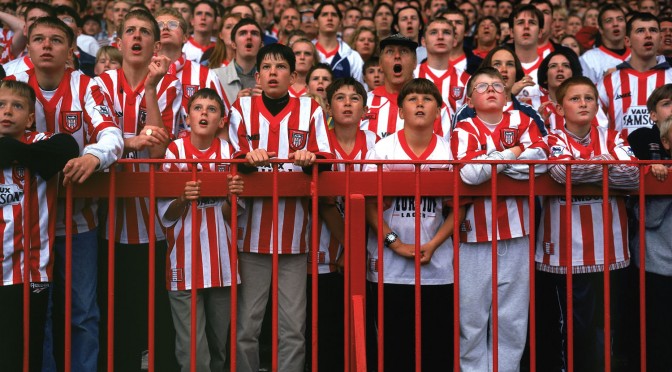 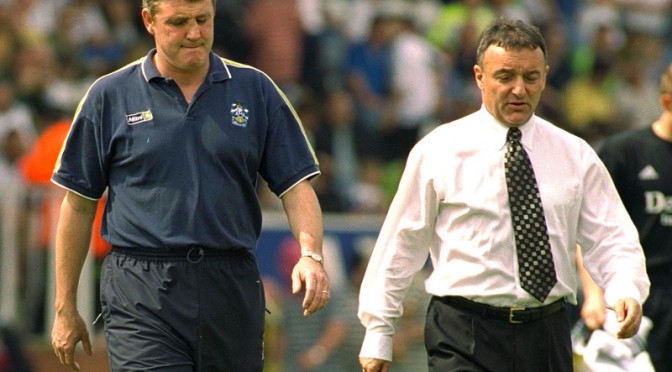 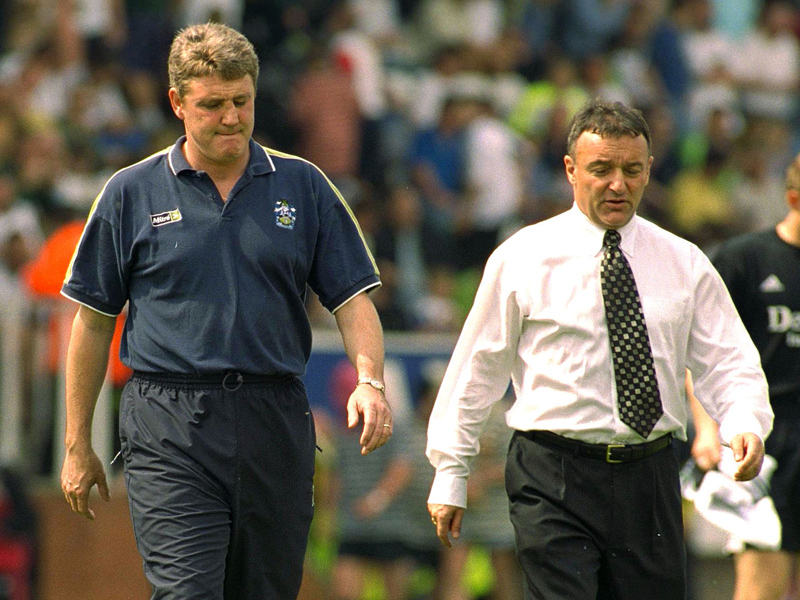 When Steve Bruce brings his Hull City side to the John Smith’s Stadium on Saturday, it will be the first time he has managed a side in front of the Huddersfield faithful since he was sacked as manager in October 2000. At the time of Bruce’s sacking Town had recorded just 1 win in their opening 19 league games of the 2000-01 season. This nightmare start ultimately did irreparable damage to Town’s season as they eventually fell through the relegation trapdoor on the last day of the season. Though Town have had plenty of inept managers both before and after Bruce – Mick Wadsworth, Andy Ritchie and Stan Ternent immediately spring to mind – it is Bruce who is still held in the lowest regard by the majority of Town fans.

Perhaps part of the reason for Bruce’s unpopularity is the fact that things were so encouraging at the start of his tenure. Backed by the millions of local electronics tycoon Barry Rubery, Bruce established a team that was challenging for at least a play-off spot for the vast majority of the season. High profile signings included Ken Monkou, Clyde Wjinhard and Dean Gorre and for the first few months of the season Bruce had the team playing quality, attractive football. To a younger generation of Town fans this remains the best football produced by a Town team in their lifetime. A 7-1 home win against Crystal Palace and a 3-1 victory away at Nottingham Forest particularly stick in the memory. A run of 9 wins in 10 games in the run up to Christmas saw Town go top of the table and promotion to the Premier League looked a genuine possibility at the turn of the year. The fact that Town were playing so well and challenging for promotion, however, only served to increase the disappointment when Town missed out on the play-offs and highlight just how spectacular Town’s fall from grace would be over the next 18 months.

A torrid start to 2000 which saw Town win just 2 of the first 12 games of the calendar year, and the now infamous sale of star striker Marcus Stewart to promotion rivals Ipswich, saw Bruce’s popularity plummet. However, it was Bruce’s decision to accept the BBC’s offer to cover Manchester United’s ill-fated World Club Cup campaign that particularly rankled Town fans. The decision to abandon a team struggling for form, just at the time when strong management was most needed, remains a baffling and frankly unacceptable decision on Bruce’s part. Though Town continued to occupy a top-six spot until the final day of the season, the free-flowing, attractive football never really returned after Bruce left for Brazil. In many ways it was this trip to Brazil that marked the beginning of the end of Bruce’s reign.

By the start of the 2000-01 season, the optimism and confidence of the previous season had all but evaporated. Despite a 3-2 win away at Sheffield Wednesday it was all too apparent that Bruce was no longer the right man for the job. To make matters worse, the disastrous run of form at the start of the season ultimately led to Town’s relegation and, also, eventual administration and near liquidation. To be fair to Bruce, it cannot be said that he was wholly responsible for Town’s demise. He maintains to this day that Marcus Stewart was sold from underneath him and that various promises made to him by owner Barry Rubery were either broken or unfulfilled. Rubery, for his part, was clearly out of his depth when it came to running a football club. In the first season with Bruce at the helm, Rubery provided serious investment without stopping to think of what the consequences would be if Town failed to achieve promotion. When it finally hit home that Town would miss out on promotion, and Rubery realised his mistake, it was too late. The signings in the 2000-01 pre-season were distinctly underwhelming as Rubery refused to give the same level of backing as the previous year. Following Bruce’s sacking, Rubery hit out at his former manager in the programme notes before a home clash against Norwich. In his notes, Rubery said he had mistakenly believed that “a great footballer would make a great football manager”, and went on to accuse Bruce of “wasting” £3million on players, saying the cash would have been spent better “by a more experienced manager without an ego to feed.”

It is fair to say that Rubery was naïve – dangerously so – to the consequences his financial backing would have on the club. But it is also true that Bruce could have spent the significant funds available to him more wisely. That is to say that it is not Bruce’s fault that he spent the funds – if the owner makes funds available then you are well within your rights to spend them – but Bruce can be blamed for ultimately spending the funds on players who were not good enough. The most notable example of this was the signing of George Donis. Despite only playing 20 games for the club, Donis would eventually cost Town nearly £1 million in various fees and wages before his contract was terminated by mutual consent so he could return to his native Greece. Bruce’s legacy in the transfer market would ultimately be to saddle Town with a series of overpaid and injury prone players. Ken Monkou, Clyde Wjinhard and Chris Hay all made less than 10 starts for Town the year they were relegated and it is for signing expensive flops, like Donis, rather than the likes of Gorre, Lucketti and Irons, that Bruce is most remembered.

Bruce’s reign was undoubtedly one of unfulfilled potential and ‘what ifs.’ What if, for instance, Town had completed the signing of John Terry for £750,000 and what if Marcus Stewart had not been sold to Ipswich? Though I am convinced Town would have reached the play-offs had Stewart remained at the club, football simply does not allow for ‘what ifs’ and the cold fact remains that Town, under Bruce’s stewardship, blew a glorious chance to reach at least the play-offs in the 1999-2000 season. Though the team he assembled remains the best that a number of Town fans have ever seen, and provided Town with their joint highest final league position since the early 1970’s, it could – and probably should – have achieved so much more. Had Bruce been more savvy in the transfer market, and had he not abandoned the club when the team was struggling just after Christmas, then he could have built something special at Huddersfield. As it was, Bruce is remembered for turning his back on the club when the going got tough and the money dried up. It is this unfulfilled potential that pains Town fans to this day. Town could easily have begun the 2000-01 season in the Premier League yet in reality they were to begin a season of heartbreak, disappointment and relegation. By the time he was sacked, Bruce had run out of ideas and you would barely believe the team that appeared at Grimsby, in Bruce’s final game, belonged to the same manager as the one who had led Town to the Division 1 summit the previous season.

Though Bruce has not yet managed a side at the John Smiths Stadium since his departure, the reception his son Alex got whilst on loan at Sheffield Wednesday was proof of just how much anger is still felt towards Bruce among Town fans. Whilst on loan at Sheffield Wednesday in 2005, Bruce junior had his every touch booed and was subject to all sorts of abuse from the crowd before he eventually snapped and retaliated with a two-footed tackle on then Town player Adnan Ahmed, which resulted in a straight red card. Rightly or wrongly, Bruce will forever be associated with the capitulation of the 1999-2000 season and the dark days of relegation, administration, and near liquidation that followed. For these reasons, although Bruce has proved himself a relatively successful manager at other clubs, he will undoubtedly receive a hostile reception from the majority of Town fans when he walks out of the tunnel at the John Smiths Stadium on Saturday.