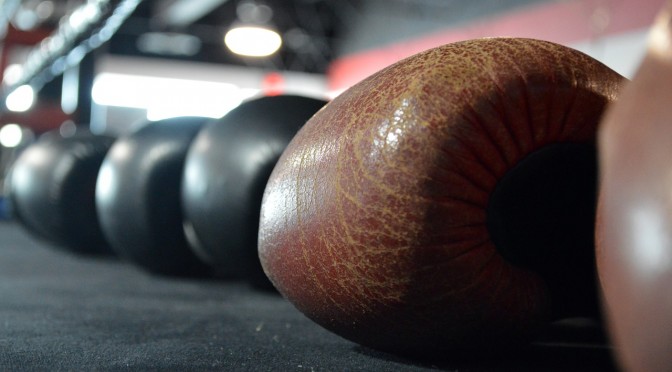 “Don’t talk to me about legacy because it’s absolute rubbish.”

You hear these words a lot in London. They could come from the mouth of any ordinary man or woman walking the streets, where, just over two years ago, the world’s attention was held captive.

The Olympic Games arrived in this city with the promise of regeneration. It was to sweep the nation into a sporting fervour that would stick and, in those words crafted by the hand of somebody with a BA in marketing, “inspire a generation”.

You do not hear of inspired generations much now. You certainly will not hear those words come from the mouth of Gerry Willmott, MBE.

“I don’t know where the legacy’s gone, but it never came near anyone I know,” says Willmott, one of the capital’s most respected sports coaches.

He runs the Haringey Police and Community Amateur Boxing Club, which he founded in 1999.

“I was a local police officer, born round here and worked round here. There was a lot of street crime and anti-social behaviour, so the borough commander, who knew I had a background boxing, asked me to start a club.

“It’s essentially a youth diversion project. It takes the kids off the streets after school, gets them away from gangs.”

‘We’re left to look after ourselves’

The club also intends to form positive relationships between young people and the police. It was, after all, in the streets surrounding his gym that anger at the establishment erupted.

The riots in 2011 were followed by the euphoria of the Olympics a year later. However, that summer was an uncertain one for Willmott and his club.

It was then, as its former charges Nicola Adams, Anthony Joshua and Katie Taylor captured imaginations, that the club lost all its government funding.

“We’re left to look after ourselves,” Willmott says. “The police and the council funded us early on to help with equipment but that died a death with all the cuts.

“We are, in that regard, basically self-funded now. We bid for money with everybody else.”

‘No Olympic-related funding… has ever arrived here’

As part of his work in the community, he runs the Haringey Box Cup every June at Alexandra Palace. It is the largest boxing tournament of its kind on the continent, with competitors coming

“There’s a shortage of competitions over here for novice boxers. We were taking people abroad to Sweden and Denmark where this sort of competition is a regular thing. The borough commander asked a simple question, ‘Why don’t we have one?’

The Box Cup, which costs around £60,000 to stage, is facing an uncertain future. In the next few months, Willmott’s attempts to fundraise and secure sponsorship.

After all, the possibility of any Olympic money being provided to one of London’s most successful community sport stories is slim.

“No Olympic-related funding or assistance has ever arrived here. Nothing comes down to grassroots clubs.

“Legacy is just a word they’ve bandied about, it doesn’t actually mean anything.”