Jamie Jackson of The Guardian earlier today reported that when asked by the journalist about a potential move to Old Trafford for Real Madrid star Angel Di Maria, Real Madrid president Florentino Perez simply shrugged his shoulders and walked away.

Asked F Perez if any chance of Di Maria to Utd. He shrugged and walked off…

This will only help fuel speculation that the Argentinian international is on the cusp of making the switch from the Santiago Bernabeu to Manchester.

His reported sale from Real Madrid comes despite Di Maria having an exceptional season last year, becoming a lynchpin as Madrid won La Decima, the tenth European Cup in their history, a prize that has eluded them for some time.

Today’s actions are the closest indication yet that there is firm interest on either side in a move.

Angel Di Maria, who Manchester United have reportedly targeted as a significant acquisition this summer, does not want to return to Real Madrid for pre-season training on the expected date of the 5th of August, as reported by AS.com.

However, Man Utd might still be beaten to the punch for the talented midfielder, and will need to make an offer soon, with Paris Saint Germain stealing a march on their rivals for his signature. The Paris club have raised their bid for the midfielder to €75 million, having seen their previous offer of €65 million rejected by the Spanish giants.

While Carlo Ancelotti is keen to keep hold of the winger, Real’s hierarchy have stressed to the manager that they cannot afford to turn down a bid of that size for the player. It would help the club finance the signings of Toni Kroos and James Rodriguez, and the expected addition of Keylor Navas.

PSG will have to watch out, however, with Man Utd lurking. Louis van Gaal has reportedly identified Di Maria as a target, as reported today by the Daily Star. Furthermore, PSG may have to sell before they can buy, and will need to move on two of Ezequiel Lavezzi, Javier Pastore and Edinson Cavani to avoid further Financial Fair Play issues. 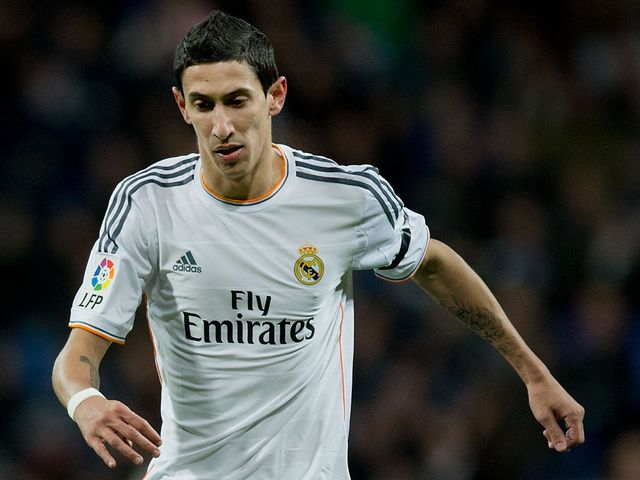 French giants Paris Saint Germain are reportedly on the cusp of securing the £51 million signing of Angel Di Maria, shattering the hopes of Manchester United, who wanted to bring the Argentinian international into Old Trafford this summer, as reported by the Mirror.

The Sun reported earlier on Saturday that Man Utd were back in the race for the midfielder, but this may have completely ended that discussion. While PSG manager Laurent Blanc suggested the deal was not yet done, the situation has seemingly changed.

Reports in Spanish newspaper MARCA suggest that the signing could be completed in the next few days. The two clubs have agreed a fee of €65 million for the signature of Di Maria, who won the Champions League with Real last season.

This would be Real Madrid’s record sale in the history of the club, surpassing the amount they received from Arsenal for Mezut Ozil last summer.

Di Maria was integral to Real last season as they secured the mythical La Decima, their tenth Champions League trophy, but the arrival of James Rodriguez threatens his position in the first team.

PSG are seemingly not slowing down with their transfer business this summer, despite being hit with a Financial Fair Play fine at the end of last season. They have already spent £50 million to sign David Luiz from Chelsea, but could push their spending over £100 million with this signing.