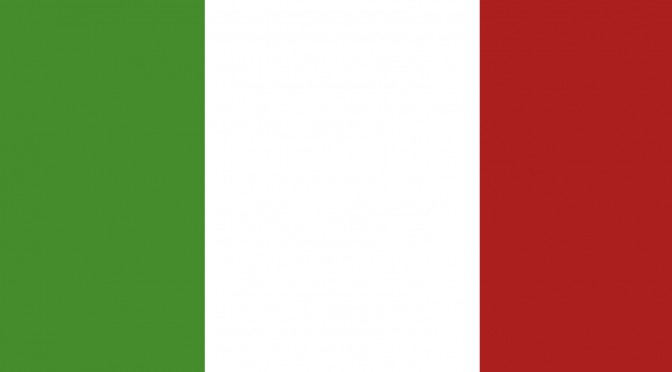 Serie A will draw to a close next week following a season of rejuvenation for Italian football. Clubs from the peninsula have re-established their reputation in European competition and the fare has been just as good on the domestic front. In a special guest post, Italian football expert David Thomas runs the rule over this season’s winners and losers.

Having sealed a fourth consecutive scudetto, the Coppa Italia and an opportunity to complete an incredible treble in the Champions League final on June 6th, Juventus are close to joining the ranks of the great European sides of the past.

Regardless of the result in Berlin, their domination of the Italian game is unquestionable, and their juggling of domestic and continental cup campaigns impressive.

Much of the credit for this success must go to Massimiliano Allegri, the coach who has masterminded this success. As the season nears its climax, it is easy to forget the pressure he was under from the moment he stepped into the Vinovo training ground in July.

Sacked by Milan the previous January, Allegri did not seem to many Juventini as the man to replace Antonio Conte, who had dragged the club from mediocrity to the peak of the Italian game during his three seasons in charge.

Taking the supporter’s protests in his stride, Allegri has not dismantled the successful team he inherited, but tweaked it, introducing new ideas and new signings slowly, and the results have been better for it.

Thanks to the continued shrewdness of Giuseppe Marotta’s transfer policy, additions such as Patrice Evra, Roberto Pereyra and Alvaro Morata have given Allegri’s side the depth required to challenge on all fronts. Morata in particular has flourished under Allegri, having waited patiently for an extended run in the team.

While he would probably have preferred to be on the bench when Napoli defender Miguel Britos arrived to head-butt him on Saturday, the former Real Madrid striker has discovered the knack of scoring important goals at important times.

It is a knack which could serve him well in Berlin, as the club where winning means everything look to scoop the lot.

After three seasons of relegation dogfights and mid-table obscurity, the Grifone have given their fans something to get excited about in 2014/15.

Gian Piero Gasperini’s men have built on their 14th place finish last year, playing an attractive style of football with plenty of direct running. As it stands, Genoa sit sixth in the table and under any other set of circumstances, they would have guaranteed a Europa League place with a game to spare.

Their hopes are likely to be scuppered, however, by UEFA, who have denied them a licence for next year’s competition for their failure to provide an alternative home ground to Marassi, which has been deemed unfit. Whether or not their appeal is successful, this season represents a major step forward for the Genoese club.

Their rise is made all the more impressive when set against a backdrop of significant personnel changes, a familiar situation in Liguria in recent years. With eight in and eight out in January alone, the side underwent a period of flux which temporarily damaged the team’s performance. Having taken 18 points from the last 24 on offer, however, they have again found an effective balance, and you cannot help but wonder what this group could achieve with a little consistency.

Andrea Bertolacci could be seen to reflect his team in microcosm. One of Genoa’s most improved performers this term, he is a box-to-box player with greater technical qualities than his role suggests. At his best, the recently-capped Italy midfielder has the ability to hurt any Serie A defence, as illustrated by his sensational solo goal against Milan in April.

Along with team mates Diego Perotti and Iago Falque, Bertolacci’s growth in confidence has led to interest from some of the peninsula’s giants, but he would be well advised to continue his development at Marassi, even if it cannot offer European football in the immediate future.

They share a stadium, so why not an award?

It has been a terrible season for both tenants of San Siro. 2014/15 was always going to feel somewhat peculiar, as neither Milan nor Inter competed in the Champions League for the first time in 13 years. Both held ambitions at the start of the league season of a return to the top 3, yet both have come up woefully short.

Whether their mutual aspirations were remotely realistic is questionable, as its safe to say that both have looked a shadow of their former selves. Off the pitch, both clubs posted significant losses on their most recent accounts, and their early form offered no consolation. Heading into the first Derby della Madonnina of the season in November, Milan and Inter sat 7th and 9th in the table respectively.

Behind even their beleaguered city rivals, the mind of Inter owner Erick Thohir was made up; coach Walter Mazzarri was sacked and Roberto Mancini returned, looking to reinvigorate a dull, reactive Nerazzurri side.

After a slow start, Mancini appears to have made Inter entertain again with spells of good form, but defensive frailties have put paid to any lingering hopes of European qualification, and the campaign must be considered a failure.

Milan’s patience with rookie coach Filippo Inzaghi has so far endured, but it appears to be wearing paper thin. Inzaghi’s legendary status at the club may have played a part in their restraint, but there is also a recognition that the Rossoneri squad is not up to scratch.

As Giovanni Trapattoni recently suggested, Milan are trying to “make fine wine out of turnips”.  Nonetheless, ‘enough’ is clearly enough for the Curva Sud, who made their feelings clear during Milan’s 3-1 home defeat to Genoa in April, gathering together in the otherwise empty tier to spell out ‘BASTA’.

Since the derby in November, they had seen their team drift through the season, picking up only six wins in twenty games. It is likely that Inzaghi will vacate the bench at the Giuseppe Meazza at the season’s end, while Mancini will understandably be given another chance; neither club, however, can take many positives from their deeply underwhelming campaigns.