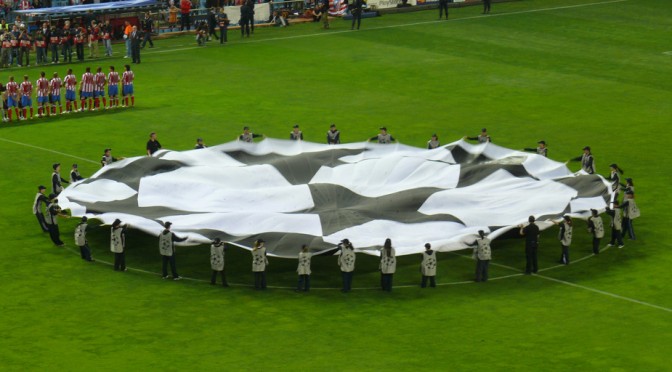 The story of Juventus’ march to this year’s UEFA Champions League final has been billed in some quarters as a romantic one.

Never mind the on-going corruption scandal that caused Italy’s most storied club to fall from European football’s top table; for those who remember Wednesday nights in the late 1990s, with Zinedine Zidane’s pirouettes, Alessandro del Piero’s back heels and Edgar Davids’ glaucoma, their renaissance carries a nostalgic quality.

The Bianconieri have, however, been somewhat helped along the way by UEFA’s system for distributing Champions League television money.

Before the current campaign, Juventus had qualified for Europe’s premier club competition three times in five seasons. They crashed out at the group stage in 2009/10 and 2013/14, but reached the quarter-finals in 2012/13, where they were eliminated by eventual champions Bayern Munich.

For one of the continent’s biggest clubs, that is not a spectacular record. The Old Lady’s rather limp performances did not, however, prevent them from earning €88.7m from UEFA in television money over the same period, the sixth-highest amount of any club. Incredibly, that’s more than ever-presents Real Madrid. What’s more, in the year of that quarter-final defeat, they earned €44.8m, the most of any club.

How can that be right?

Welcome to the ‘market pool’, the perplexing way in which the money paid by Champions League broadcasters is redistributed back to their respective nation’s clubs. Essentially, it is a payment based on the size of the television market in each nation. So, for example, in England, where Sky and ITV currently hold the rights to show Champions League football, around €70m is split between the four qualified English clubs each year (and the single Scottish club, if they reach the group stage). This system works well for clubs like Juventus, Arsenal, Barcelona and others who can count themselves lucky enough to come from countries where television rights go for a lot of money. Regardless of their performance in the competition, they are guaranteed to take a sizeable  amount from the market pool. Last season, Marseille lost every game in the group stage and still took home €23.8m.

OK, is there really a problem with that though? Yes. The problem is that the current system hands out the big bucks based on factors unrelated to achievement.

Remember APOEL? The Cypriot club were responsible for the most extraordinary run in the competition’s recent history when they reached the quarter-finals in 2012.

Their famous victories over Zenit St. Petersburg, Porto and Lyon that year, not to forget their two goals in the Santiago Bernabéu, defied logic, science and the various in place to keep the minnows in their place. Their reward from UEFA’s pool of television money? A measly €1.8m.

By comparison, in the same season as APOEL’s run, Manchester United earned €25.2m despite finishing third in their group and exiting the tournament early. Romania’s Otelui Galati, the team that finished below United and lost every game, still managed to take home €11.2m.

In this sense, the payments bear no relation to how far a team actually progresses in the competition. Another payment, the ‘performance bonus’, is designed to reflect this but the sums are much smaller than those distributed by the market pool, meaning that clubs like APOEL have to pull off  miraculous victories to merely compete.

It’s not only unfair on the smaller nations. Imagine, for example, that a Portuguese club make it all the way to the semi-finals, at which point they are knocked out. An English club, who have an identical record to the Portuguese side, are also eliminated at the semi-final stage that year.

Both have had credible campaigns, both have played the same number of televised games and they can both consider themselves unlucky to be missing out on the final. The English club, however, receives a significantly higher amount of television money.

Why? Solely because their country’s broadcasters pay more for Champions League coverage.

There’s an argument that the system is fair. The clubs who earn the most from the market pool tend to be the most popular and, therefore, tend to attract the largest television audiences. Why shouldn’t this popularity be reflected in television money payments?

Well, for one reason, because the most popular Champions League sides do not need the cash boost.

Each year, under the market pool system, around €330m of broadcasting companies’ money is pumped into the five major leagues; the Premier League, Serie A, La Liga, the Bundesliga and Ligue 1.

This has entrenched the elite nations’ dominance in European competition, to the point where 79% of the clubs to have progressed through the group stage in the last five seasons have come from one of these five leagues.