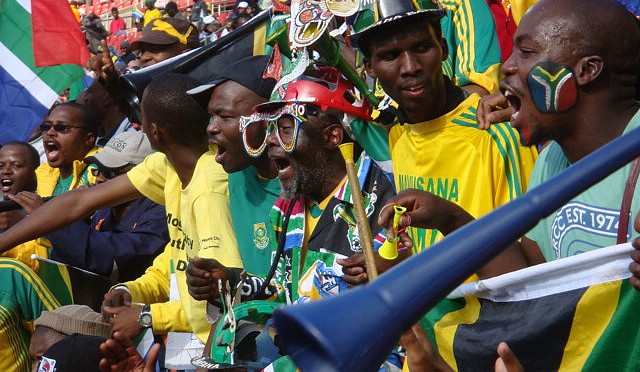 The Africa Cup of Nations is, historically, the only tournament where players assault paramedics, teams gate-crash press conferences and, occasionally, there are astonishing games of football. It got underway in Equatorial Guinea on Saturday, so we’ve compiled a list of five resources that will bring you up to speed with the squads and keep you abreast of events in this year’s edition.

Wilson is one of the most respected football writers in the industry and a leading expert on the African game. This is will be his seventh time reporting on the tournament and if nothing else, it will be interesting to see whether his lodgings improve.

So we’re in flats in Bata owned by a Chinese restaurant and there’s a guard with an AK47 at the door. Sure it’s all fine.

The self-styled ‘front page of the internet’ is not for everybody, but a community of Redditors have set up this invaluable one-stop resource. Be sure to bookmark it if you want to keep up with the web’s best Africa Cup of Nations content during the tournament.

Dove’s tactical guides to each team in the tournament accomplish the fine balancing act of being both light and informative. If you find your interest piqued by a particular Burkinabe centre-back, you’ll find all you need to know here.

This team of bloggers have produced the stand-out tournament guide, which features interviews from the aformentioned Wilson, Crystal Palace and Algeria midfielder Adlène Guedioura. They are also covering the 2015 Asian Cup, which is underway in Australia.

Despite missing a crucial penalty in the final three years ago, the forward is many observers’ tip to be the player of the tournament. He’s rejuvenated his career in Rome and what’s more, this is the one Twitter account that definitely won’t make a bad joke about his hairline.