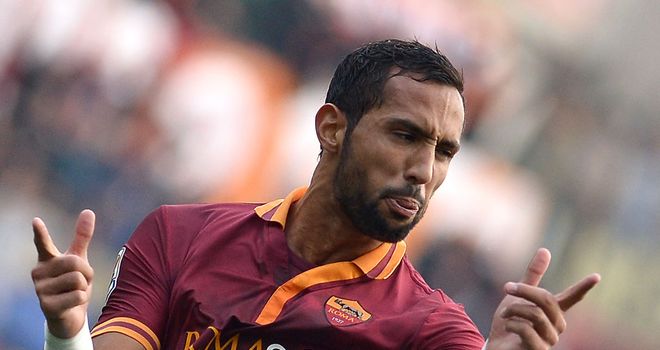 Manchester City have apparently agreed a deal with Mehdi Benatia, a defender who plays for Roma, according to tomorrow’s edition of La Gazetta dello Sport, the Italian newspaper.

Apparently, however, Roma, who have just qualified for the Champions League by finishing second in Serie A, are not keen to sell the Moroccan, who is considered a key part of their squad. Rudi Garcia, the Roma manager, is loath to lose a player who made 30 appearances last season.

Roma’s squad managed one of their best finishes in recent years last year, after the takeover by an American consortium. After blitzing their way through the league in the early part of the season, they slowly came undone and were overtaken by Juventus as the season wore on. Qualification for the Champions League was success enough however, with the likes of Francesco Totti, a mercurial 37, recapturing the sort of form he showed at a younger age. Garcia also got the best out of Premier League flop Gervinho, who had an exceptional season.