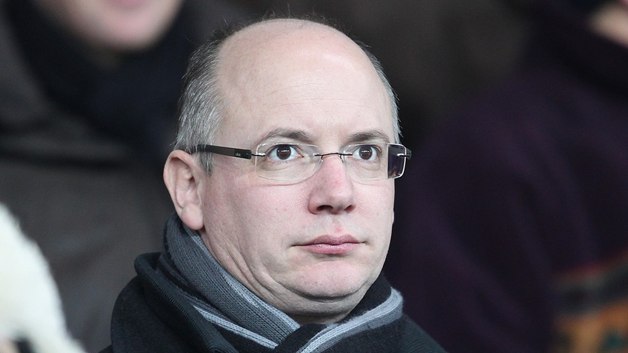 His appointment to his current role was questioned by fans associated with his former clubs because of his past in football – whilst he was CEO at Bradford City the club suffered two administrations (in 2002 and 2004). His time at Leeds saw the club enter administration on 4th May 2007.

Harvey’s Football League were thrust into the spotlight during the recent takeover by Massimo Cellino, when Cellino failed the Owners’ and Directors’ Test. Said test is meant to decide whether people are suitable to own a football club and provide greater transparency in the game. Harvey, until recently, worked under an opaque ownership structure at Leeds United, responding when questioned by the Department for Culture, Media and Sport in 2010 that, “no”, he did not know who owned Leeds United. Only a few days later, the club suddenly passed into Ken Bates’s hands.

It is also understood that when Cellino’s takeover hit the rocks, Harvey put alternative buyers in touch with Gulf Finance House. Whilst this could be seen as Harvey simply attempting to avoid a member club falling into administration, Cellino’s appeal was still being heard. Harvey flew to Kuala Lumpur at this time. The alternative buyers were understood to be Malaysian. Sources indicate that they were involved in casinos.

Throughout Harvey’s time at Leeds United the club had casino connections. Stanley Leisure announced plans to build a casino by Elland Road in October 2004 after purchasing the rights to buy land around Elland Road from Leeds United for £5 million. The deal was set up by the Leeds United board of which Harvey was CEO. Furthermore, Stanley soon teamed up with Genting Casinos to form Stanley Genting Casinos (Leeds) to carry out the project. Genting are based in Kuala Lumpur. Leeds also sought to build a casino at Elland Road in 2012, when Harvey remained CEO, but this failed to get off the ground when the license was granted to another party.

When asked about Harvey introducing buyers to GFH, the identity of those buyers and their ties to the casino projects at Leeds, the Football League commented that: “During his time at The Football League, Shaun has been contacted by a number of different parties that have expressed an interest in purchasing a Football League club, on more than one occasion this has involved Leeds United.

“On each occasion, he has made the owner of the relevant club aware of the interest and left it to the two parties to decide whether to progress the matter.”

The Football League also clarified that they couldn’t comment on the specific identities of those involved.

With The League heading into its 126th year with new challenges on the horizon, Harvey is sure to have a huge influence on the path it takes going forward as it seeks to clean up football administration.