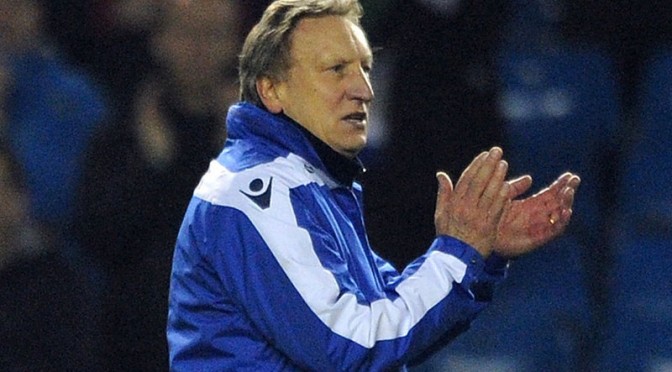 When Neil Warnock was appointed by Ken Bates as new Leeds United manager in February 2012, the majority of fans were excited to say the least. His promotion record speaks for itself, and his reputation as a fiery and passionate coach preceded him.

However, in the thirteen months that have followed, we have seen a squad with little stability reduced to a squad with even less stability. Mainstays such as Robert Snodgrass and Luciano Becchio have been sold off to parent club Norwich, and average Championship plodders have been brought in to fill the gaps. But it hasn’t worked, and Warnock knows it. His resignation, live on Yorkshire Radio, brought out feelings of relief and disappointment. Relief that now, just now, we may finally get a manager who has some knowledge of footballing tactics, rather than continuing with the outdated football that has been an arrant failure.

But what has led to him becoming a figure of hate with fans? There’s the point that several fans didn’t want him in the first place, but his appointment was initially met with widespread applause. I’d say that a majority of the discontent came from his outdated tactics, tactics that wouldn’t have looked out-of-place in a 1980s non-league fixture, with only a rare foray off his stubborn path. In Warnock’s eyes, his way was always right. He would dismiss any dissent with a condescending reply and a high-pitched gaggle, a particular kick in the teeth for the thousands of fans that paid week in, week out to watch something that can scarcely be described as ‘football’.

And then there was the singling out of players that he didn’t sign. As recently as last week, home-grown Tom Lees was criticised very publicly by Warnock after giving away a penalty against Ipswich. This made it clear that he would happily criticise player he hadn’t brought to the club, but would blame officials for decisions that led to his own players receiving punishment. When Luke Varney was sent off against Millwall earlier in the season, he received little more than a pat on the back and some sycophancy from his manager. Who is Warnock to dish out public humiliations to our most loyal and passionate players?

And let’s not forget the snide digs at fans. And the refusal to change tactics when things weren’t working. And the refusal to drop his favourites. And his sending-back of Ross Barkley when he was clearly the most talented midfielder at the club. All in all, an embarrassing reign that will go down as Warnock’s final whimper – unless another club feels desperate enough to appoint a footballing dinosaur.

But I think that fans are so desperate now to just see some passing football that many would take anyone as the new manager. It’s not unreasonable to say that whoever we get should be an improvement on Warnock, whose infantile jibes and crass remarks have led to low squad confidence and apathy from fans. And, after the debacle of the last decade, who can blame them? This was, to use a footballing cliché, the straw that broke the camel’s back.

5 thoughts on “Leeds United: Remember Warnock as a failure”