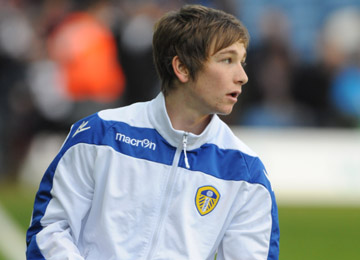 Neil Warnock did a lot wrong on Saturday, whether it be his team selection or his treatment of Tom Lees, a shining light of our team, after the young man’s sending off. Ultimately Leeds succumbed to a 3-0 loss against the well-below mid-table Ipswich, and Chris Dawson sat on the bench.

You may ask why that is important. Elsewhere in the country, Nottingham to be exact, the U18s were winning 7-2, securing their title in March, having completely and utterly run away with the league over the course of the season, doing exactly what Leeds teams never do, and winning the title without a traditional end of season collapse. This was a crowning achievement in a great season for Redfern and Naylor’s boys, and their apparent best player wasn’t even among his peers.

Chris Dawson was pulled away from his team mates, the people he has grown up alongside, unable to celebrate winning a title alongside those he has grown as a footballer with. He did so in order to sit on the bench in Ipswich and not get used, as Ryan Hall sat in the stands, unused, equally able to sit on the bench. Chris Dawson, a future talent, by all accounts, wasn’t even used, and was taken away from being given the just reward for a quality season with the U18s, without even being given the first team appearance he should  have been.

Dawson has sat on the bench repeatedly, unused. It was always going to end the same way on Saturday. Neil Warnock has done the wrong thing. Again.