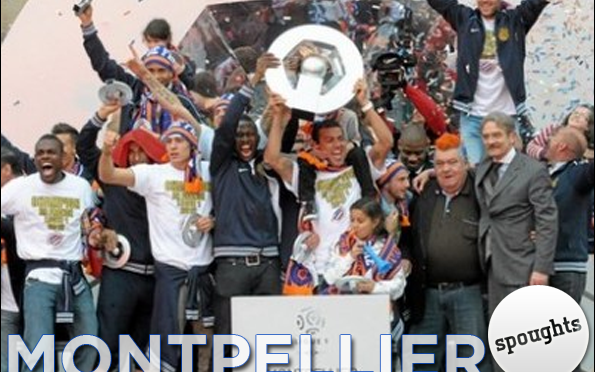 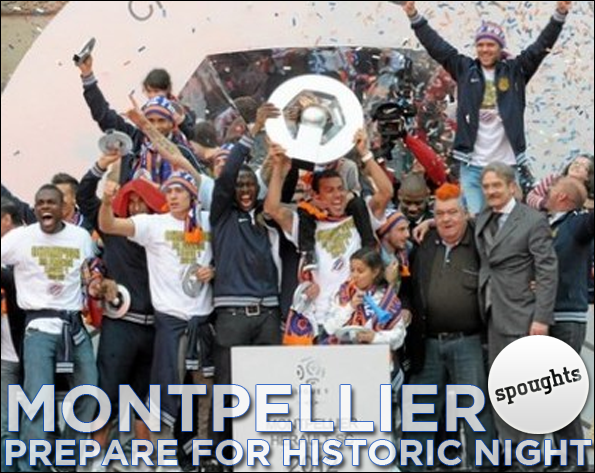 French Champions Montpellier made history last season by lifting ‘L’Hexagoal’ for the first time, and on Tuesday evening they are set to add to this, making their Champions League debut. Preparation has, however, been far from ideal, picking up only one win in their first five league matches, including three defeats. Top scorer Olivier Giroud left for Arsenal in the summer, their new signings have been for the most part underwhelming, and the group spirit that helped propel them to the title has so far failed to lift them to success this season.

It is Giroud’s new employers Arsenal that they face on Tuesday as the Stade de la Mosson hosts its first Champions League night, a team that has faced a similar start to La Paillade, on paper at least. Both teams have had to deal with the loss of their star striker and top scorer, both teams only picked up their first wins of the season the week before the first international break, and both teams looked to continue the winning feeling against newly promoted teams at the weekend. Their results could not have been more different. As Arsenal crushed Southampton on Saturday to go 3rd, Montpellier lay in 14th place in the league, having been beaten comfortably by Ligue 2 runners up Reims on Friday night.

For all the talk of Arsenal’s struggles to score a goal (which has been comprehensively put to bed after Saturday’s result) they have added defensive steel this season that has not been present for a long time. Montpellier on the other hand appear to have lost the solidity that saw them win Ligue 1 with the joint tightest defense in the league. Signs were there on the opening day of the season, when they drew 1-1 with the league’s lowest scorers Toulouse, in the kind of game that they would have won 1-0 last season. This was then compounded when they turned a 1-0 win against Lorient into a 2-1 defeat in the final minutes of the match. They have yet to keep a clean sheet in their 5 games thus far. The loss of Giroud, too, has hurt them, as it would any team to lose a player of his class, while the jury is still out on his replacement Emmanuel Herrera, who it must be said is a different type of player.

Yet it is possible to turn their form around. The loss of Giroud aside, the core group of players that showed such tenacity and group spirit to deservedly beat free spending PSG to the title remains intact. It cannot be forgotten that this is a group that rose to the big occasions almost without fail last season, holding PSG to a draw in Paris, winning in the last seconds against Lille, and then coming from behind to clinch the title with a win at Auxerre despite the game being delayed twice because of crowd trouble. There has arguably been no bigger occasion in MHSC history than tomorrow’s game, and there is every reason to believe that rather than being overawed, the players will instead rise to the challenge. It was not just spirit that propelled them to the title last season, however. Talent runs through the core of this team, from back to front. Mapou Yanga Mbiwa, Henri Bedimo and Younes Belhanda would not look out of place at a number of the higher seeded clubs in the competition, while Remy Cabella is a man in form, scoring at the weekend and in spectacular style for the French U21s during the international break. If these players were to raise their game in front of a fervent home crowd tomorrow night, then a positive result is a real possibility.

In truth, it would be a surprise if the club were to progress beyond the group stage, given their size and their resources, especially when compared to the other teams in the competition. They are a team that cannot be taken lightly though; they faced exactly the same odds last season when taking on the financial might of PSG, a team whose spending would dwarf almost any team in the Champions League, and came out on top. They are not expecting to mount a similar title challenge this season, which will give them the freedom to have a real go in the competition, and, while Arsenal are a team that do not tend to slip up very often against the lesser teams in Europe, the draw has been a lot kinder to La Paillade than it could have been. They will consider home games against Olympiakos and Schalke potentially winnable, and if they can rediscover their defensive form from last season then they are capable of picking up points away from home. A surprise it might be, but qualification can not be ruled out.

For updates on French football, follow @FrenchFtWeekly who I have nothing to do with but recommend highly