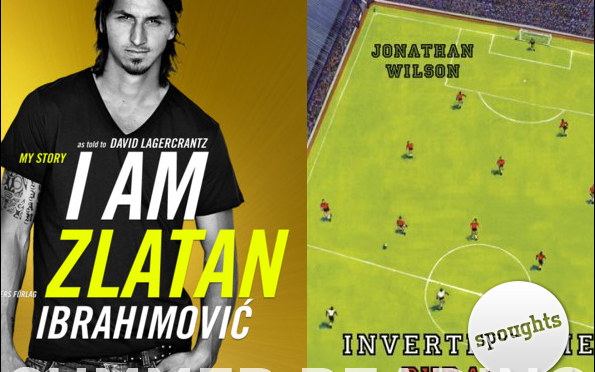 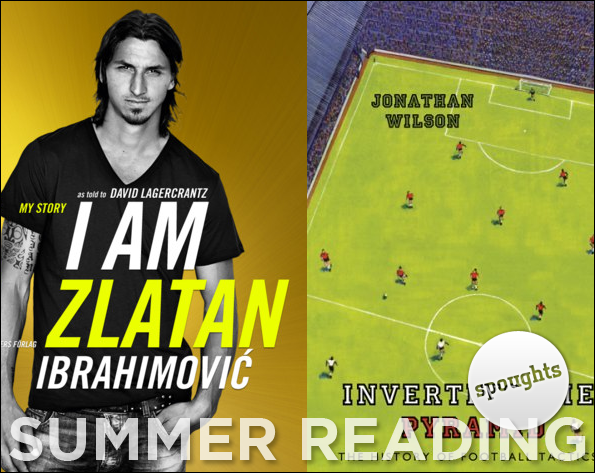 You’re sat on the toilet, clutching a bottle of hair conditioner. You’ve read all of these instructions before, you know exactly how long it should be applied to your hair for. But you need to read it again. You’ve finished all of Harry Potter. You’re now a Hairy Pooper. You need something to read, but no one has bought anything for you for a while. So you turn back to the conditioner bottle. But then again, you’ve heard about something that exists somewhere in the world. Book shops. Someone opens the door and shouts at you, “Book shops don’t exist anymore! Go on Amazon you daft bastard!”. Seeing as you have little concern for the plight of the bookseller, you decide to follow the command. You need something to read, after all. But there’s lots of books on there. If you’re not careful, you may end up buying mummy porn.

So you’re on this blog aren’t you? That means you probably like football. Barring a few exceptions, we’ve tended to avoid other sports like the plague, not that there is anything wrong with them. We’re genuinely not suggesting Tennis will give you Buboes. None of us have the requisite medical training to say that. Although, we also don’t have the requisite medical training to say it won’t give you bubonic plague. Maybe don’t risk it.

Anyway, where were we? Ah, yes, football. And reading. Any Reading fans that have accidentally stumbled onto this page expecting to hear about Brian McDermott, look away now. There’s too many yokes to be had about his eggsellently shaped head. But onto the topic at hand, reading. Over the last year, I’ve read several excellent books about football and feel they need to be recommended. I clearly think my opinion is worth sharing, even if it might not be. You’ve chosen to read this though. Sucks to be you.

The books! Yes! I Am Zlatan Ibrahimovic

by…Zlatan Ibrahimovic and David Lagercrantz is, not only, the most entertaining football related read I’ve had, but arguably one of the most unintentionally hilarious books I’ve ever had the luck of laying my eyes on. Zlatan Ibrahimovic, clearly heavily quoted word for word by the likely ghostwriter, manages to paint the life of a modern football with great success. He unravels the reality behind his movements in the transfer market, the importance of signing-on clauses and the general nature of ‘player power’ in today’s market. The segment on his signing for and departure from Barcelona is incredible. If you are interested in the contrasting management styles of Jose Mourinho and Pep Guardiola, this book is also right up your alley.

Aside from that, you get to look inside the brain of a man who is, undoubtedly, a genius at the game. Ibra, as he is called around the world, has never really received the respect he deserves for his immense ability. When reading the book, those of us who genuinely don’t have the ability to even conceive of the thought process behind those spectacular strikes are allowed a glimpse at the manner in which the synapses fire. You can finally pretend you understand what it feels like to score a wondertonk before running off and screaming your own name.

Not only this, but I Am Zlatan covers the actual nature of his upbringing, and reveals much about him as a person. It turns out, in the words of Alan Partridge, that Zlatan has spent much of his life being a “mentalist”. His childhood is punctuated by poverty and a kleptomania that is almost impressive. His proclivity towards violence is at times, stunning, and his beliefs regarding head-butting people need to read to be believed. Reading between the lines, one can paint a picture of a man who would be avoided like the plague were he not a footballer. If you want a snappy read that is incredibly entertaining, this is certainly worth picking up.

Also of note is Jonathan Wilson’s Inverting the Pyramid: The History of Football Tactics

, a history of tactics that is very interesting. Interesting is the word to describe it. This is not to say that it is not worth reading, but do not expect the sheer EPW (entertainment per word) rate of Zlatan. I particularly found the explanation of squad numbers in various nations interesting, but that’s probably because I’m quite weird. Discussions about the myriad evolutions of tactics across the world, and the manner in which English football has managed to fall behind are great, and have managed to inspire a dislike of Graham Taylor in me that belies my age and football watching experience. Wilson’s exploration of Eastern European football is also incredibly fascinating, as a segment of football that is rarely covered in the western world. If you view yourself as a mini-Guardiola or, more accurately, Bielsa, this is also certainly worth a purchase and read. You’ll be able to bore your friends for hours with the difference between an English and European number 6.

Finally, as an aside, The Blizzard, also edited by Jonathan Wilson, is probably the premiere football magazine on the market at this point. Available both in hardcopy and as a digital download, The Blizzard features writers being allowed to explore any aspect of football that they choose. This frees them and leads to exceptional pieces of writing, such as comparisons between Don Revie and Richard Nixon, and a personal favourite, The Ballad of Bobby Manager from Iain Macintosh. Available on a pay what you like basis from the Blizzard website, go buy it now.

Purchase the above books on Amazon.co.uk or other websites:

Follow Amitai Winehouse on Twitter (@awinehouse1) to hear about other books he reads and less boring things.