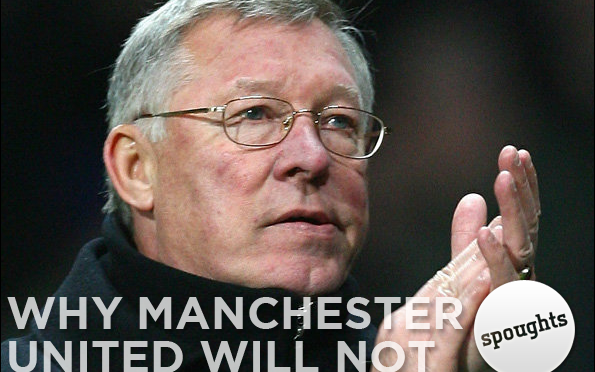 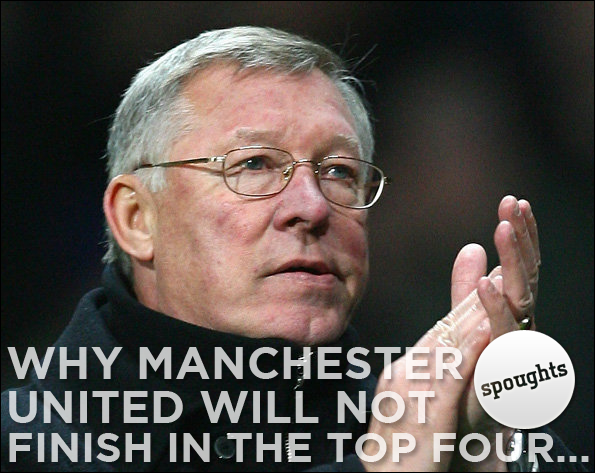 I’m going out on a limb here. This might, in hindsight, be seen as the delusional ramblings of a madman. I am, increasingly, finding my brain shouting at me that something might be up with the top four in the Premier League. There’s been a palpable shift in teams in the last few years, ever since Liverpool’s exit from the true ‘big four’. That Liverpool side that fell had become increasingly weakened, or, if not weakened, found itself being left behind by the rest of the sides that make up the Champions League contenders in this country, due to a lack of investment from the infamous Gillett and Hicks.

We’re doing a Lost style flashback here, helicopter noises and a zoom in on someone’s eyes. It’s the end of the season and Chelsea have just won the Champions League. Admittedly, not that much of a flashback. Eden Hazard is suddenly interested in signing for them. Manchester United are no longer truly in consideration for his signature. Chelsea, it seems, are going to spend. Somewhere on the A1, I come to the conclusion that Manchester City’s biggest challengers next season are going to be Chelsea. I’ve seen little to change my mind since. The potential arrival of Hulk threatens to turn a powerful front four into one that terrifies.

Then there are Arsenal, a team that always manage to qualify. Even this season, with extended periods of going without full backs, Arsenal pulled it off in the end. They impressed ultimately, and whilst they were reliant, to an extent, on Robin Van Persie, it felt as though the entire team was coming together by the end. In Alex Song, they have one of the most consistent players in the league, and arguably the best defensive midfielder. Theo Walcott, bemoaned, has proven his worth. Oxlade-Chamberlain has increasingly impressed. Jack Wilshere, out for an entire season, is set to return, and he has the potential to be the most talented English player of a decade. Even men like Tomas Rosicky have come to the fore, with Rosicky looking almost undroppable in the second half of the season, finally settling and showing the ability that brought about his signing in the first place. Even when one doesn’t factor in the arrivals of Podolski and Giroud, two great talents, both of whom have shown the ability to carry an entire team on their backs, Arsenal look unlikely to lack the talent necessary to finish in the top four. With these two strikers, the pressure will be removed somewhat from Van Persie, who, if he signs on, will find himself surrounded by the sort of talent he has long desired.

That is three teams I cannot see finishing outside of the top four, and possibly being the three that truly challenge for the title. Today, Spurs did what was rumoured of them, and appointed Andre Villas Boas.  This is entirely the best move Spurs could have made in this situation. Harry Redknapp assembled a quality but expensive squad. Considering the talent at their disposal, however, it is entirely reasonable to suggest Tottenham’s fourth place finish last season was an underachievement. Gareth Bale, probably the best left winger in the league. Rafael Van Der Vaart, a player with undoubted ability and flair. Luka Modric, one of the best center midfielders in the country, if not the world. Three players who, with the solid players around them, any other manager would manage to a sustained title challenge. Redknapp’s laissez-faire attitude to tactics cost him. People blame his eye on the England job, but is there really actually any evidence Redknapp knows what he’s doing? The only club he can be said to have overachieved at, relative to the club’s size, is Portsmouth, where he delivered an FA Cup. However, relative to his expenditure at the club, he did not actually achieve anything surprising. He certainly cannot be seen to have overachieved at Spurs, who consistently spent heavily under his tenure.

So a change was needed, and in Villas Boas, Tottenham probably have the polar opposite. A systems manager, Villas Boas will implement the ideas he sought to implement at Chelsea, but not be hampered by an aging squad set in their ways. Furthermore, his high defensive line, a key feature of his incredible defensive success at Porto, is far more achievable at a side where he is not obliged to involve a captain with a propensity to fall over when asked to run a distance further than 6 yards. Admittedly Ledley King isn’t exactly fit anymore, but he’s not held in a ridiculously high regard by Spurs fans that renders him undroppable even when his knee is hanging off or shattered into sixteen million individual tiny shards. Aside from this, Villas Boas’s best sides have an incredible attacking thrust as well. The players will be ruthlessly drilled and marshaled. With the egos of Chelsea missing, Tottenham will likely profit from the appointment of Villas Boas. They are my fourth pick for Champions League places next year.

Obviously it will likely not work out as clear as that. One may have a poor start, or collapse, or it may just simply not work out as I had thought. There are other teams who I can see filling in the gaps however. Newcastle are the closest to those four, with a lethal attacking force. With further astute signings (and word from the city is that Ashley is ready to back an already successful transfer pairing of Graham Carr and manager Alan Pardew), they will be, in cliche terms, there or thereabouts come May. Liverpool will become a threat once more this season. Rodgers has shown his ability to implement a system at Swansea, something Liverpool lacked under Dalglish. On paper, they have an excellent squad in places, and with further improvements, Liverpool should be a genuine threat to fourth spot this year. My wildcard entry into this battle are Everton. With a good start this season, they could be challengers, especially now that they have added a striker who can flourish alone up front, and is not encumbered by recurring injuries. If they can bring Pienaar back or replace him with a clever signing, they can replicate the sort of form that propelled them up the table and within touching distance of the Europa League. They are also helped by an ability to concentrate exclusively on domestic affairs.

To clarify, City will, in my view, not even come close to dropping out of the top four. There are therefore seven (or eight, if you include Everton) teams that will challenge properly for four spots. How can a team that finished second last year, on the cusp of the title, be in the lower rungs of these sides?

Liverpool finished second in 2008-09, with a points total that would have won the league most other years. Even then they were accused of being reliant on Gerrard and Torres. The following year they finished seventh. The only important sale was that of Xabi Alonso.

Last season, Manchester United finished second, seconds away from winning the title. They were reliant on Rooney, who had an excellent return of goals, and the returning Paul Scholes, who shored up a weak midfield. However, I’d argue that the success they had was reliant on old successes. One merely has to look at the Champions League. Other teams, unaware of how they are meant to approach games against Manchester United, knocked them out of what was, really a very weak group. Athletic Club (Bilbao) absolutely tore them to shreds in the Europa League, destroying their first team. Bilbao performed well in cups, reaching two finals, but finished tenth in the supposedly weak La Liga. They are well managed, but not the sort of team you’d usually expect to systematically dismantle the champions of England, who only lost by a reasonable margin due to the absolute heroics of David de Gea. Crystal Palace went to Old Trafford and beat them, leading twice against them. The woeful Blackburn beat them at Old Trafford, and should have beat them at Ewood Park given the flow of the game. They surrendered an eight point lead in the league, losing to Wigan, and drawing a game against Everton that they were truly unlucky not to lose. And then of course, there was the six-one loss against Manchester City. The only game in which Manchester United truly impressed was against Arsenal, and that was at a point in the season when Arsenal’s first team was like a loose confederation of toddlers who only had the use of one leg.

The reality of last season is that teams proved that if one goes to Old Trafford looking for a win, with an attacking bent, and a willingness to pressure, one will get a result. The aura has been lost. It should be shattered. There is nothing to be fearful of.

Yes, they have signed Kagawa. He’s a player of some quality, and has impressed in his time at Dortmund. Yet it is really not a clever signing. Kagawa is at his best playing off a front man, the same position that Rooney should occupy. Certainly to get the best out of both of them, Ferguson would have to play a vague diamond, which isn’t ideal in the modern game. It also doesn’t deal with the frailty in the center of Manchester United’s midfield. The supposed future heroes of this midfield, Ravel Morrison and Paul Pogba have gone. The future at that club no longer promises success. One cannot see Manchester United spending further this summer, given the constraints at the club, where securing marketing deals seems more important than signing players. There are obvious weaknesses in several positions apart from the midfield. Both full back positions have frailties, with no clear first choice right back. The center of defence is, without Vidic, not strong, and Ferdinand is no longer the player he once was. Ferguson is cannot also no longer be seen to make no faulty decisions. He’s always been one to rotate unnecessarily, to his detriment (drafting his son in during crucial games in 1991/1992 can be seen as an early example of this).

To sum it all up, the combination of strength elsewhere and weakness at Manchester United are why I’m making this suggestion. I’ll be interested to see what the situation is in May. Now, can anyone get in contact with me to tell me where I can put a bet on?

Images of marketing deals secured from the fabulous The State of the Game.