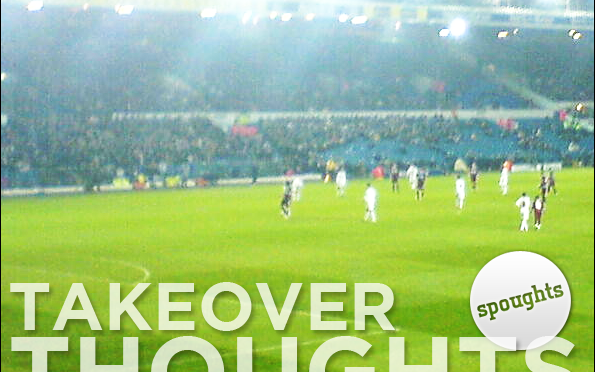 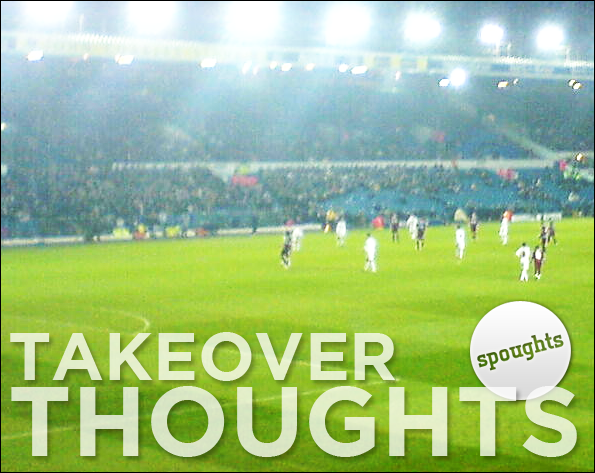 As I sit here eating a limited edition apple (the sort of marketing Ken Bates would love to employ on pies), I feel it is worthwhile putting onto paper, or more accurately, this new fangled ‘e-paper’ that those crazy Americans have been harking on about, what I hope for from a takeover. It’s quite odd really, I press these keys and then the words appear in front of me. Yet attempts to grab the piece of paper have merely led to a shattered screen and multiple lacerations.

Aside from the above flight of fantasy, there’s a reality underpinning all of my thoughts with regards to this supposed upcoming takeover. I say supposed, when in reality I’m relatively convinced, and have been for a good while, that the takeover is incredibly imminent. To reiterate matters that I’ve already espoused elsewhere, Ken Bates’s regime is completely and utterly fragile. At this point, it is basically impossible for him to back out and he has to sell, etcetera etcetera ad infinitum. I’ve covered this before, and today’s news from the Leeds United Supporter’s Trust simply furthers this belief. It’s an inevitability. There should now be discussion about what hopes are upon takeover.

This is not to say, however, that we should already be discussing our imminent purchase of Messi. After all, that relies entirely on our inevitable appointment of Pep Guardiola as manager, and Messi will surely not arrive before that. I, for one, am delighted at the completely realistic employment of passing triangles en masse at Elland Road next season. We should focus upon the events that have been leading up to this takeover and what needs to be done in response.

The Leeds United Supporter’s Trust (or LUST for you acronym fans) has done a sterling job throughout this takeover process. In February of this year, Ken Bates told them to put their money where their mouth is. I’m not entirely sure how oral cash storage was meant to help matters, but LUST instead decided to canvas for interest in the football club. It was clear Ken Bates was willing to sell, so they did the leg work. And when it came to interest, it turned out there was a lot. Gary Cooper, chairman of said Trust, has spoken since about the sheer weight of parties he’s been in contact with. Bates’s old suggestion that the fans and, by extension, the Supporter’s Trust, are to blame for a lack of investment in the club has turned out to be entirely false.

For any Leeds fans who are grateful and excited that Bates seems to be on his way out entirely, there’s no simpler way to give credit where it is due than by joining the Trust for free. We’ve shown what our ability as a fan base is when support or lack of support is so greatly forthcoming, and with a strong trust, whoever takes over will be required to listen to the desires of the fans and ensure we gain a greater involvement in the club.

Aside from that, we’ve obviously got the right to hope and look forward to the results of any takeover. “Dare to dream” were the words uttered today, and this is a motto that I feel should encapsulate any change in the club’s hierarchy. Football is inherently about dreams, the hope and thought that things will get better, that the next signing will come in and transform matters. Football is nothing without moments of joy. The release that the joy grants outweighs any down periods. Mediocrity and stability are one and the same, and happiness does not really come to a football fan from a finely balanced accounts sheet. Witness the displays of emotion at the Etihad Stadium upon Manchester City grasping the title. That one moment makes up for years in the lower tiers of English football.

So then, what should a takeover bring to Elland Road? Happiness, and primarily, that belief that dreams can become reality. Under Ken Bates, Leeds United feel a million miles from the Premier League. That top division, with all of its positives and negatives, seems like a different planet, populated by footballers and talent. The takeover should bring money into the club, or even just allow the club to exploit money that is already there. That should, finally, bring players of quality. Even limited by our current position as a second division side, money will bring the ability to sign players who we feel proud to see pull on the white shirt. Imagine signing names that, as fans, we have seen play for other sides and coveted. Furthermore, the dream of bringing back certain talents who have left during the Bates era becomes more realistic. A takeover bringing money that allows us to see Beckford or Gradel step over that white line with a Leeds badge upon his chest once more would be ideal. Once again, we can dare to dream that this can become reality without any caveats or negatives.

Ken Bates has brokered one other famous takeover. The word I have heard from sources close to Ken over the last year or so with regards to the ownership situation at Elland Road suggests only one word is on Bates’s mind, that being “legacy”. He built the East Stand partly because, for better or worse, people will look at that and think “Ken Bates left that to the club”. Similarly, Ken Bates apparently wants people to see the takeover as his legacy. In the annals of Leeds United, Ken Bates wants to be seen as the man who delivered us into kind hands. Even if I can’t confirm who the new owner would be, for the reason outlined above I feel it will be a positive one. One who can make dreams reality.

One thought on “Takeover Thoughts”