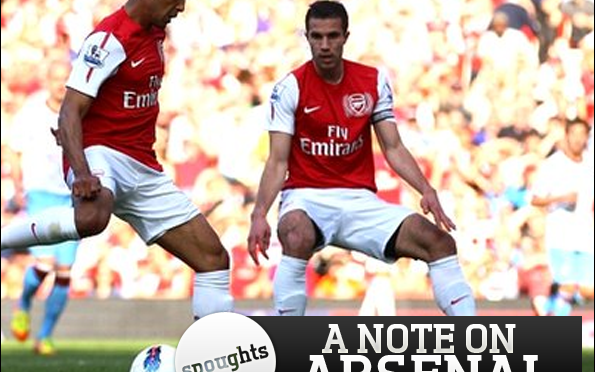 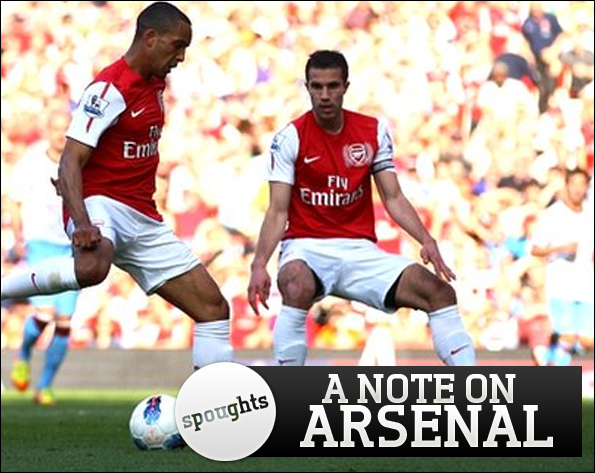 Arsene Wenger has, in recent years, been criticised in the media for tactical stubbornness. Rigidly sticking to a 4-3-3 with short passing key, Wenger’s Arsenal are often praised for the beauty of their play. They are similarly maligned for the system whenever a series of losses strike the team down. Arsenal, it was obvious, struggled earlier this season. They suffered a run of form that suggested they would not be able to mount a serious challenge on the Champions League places. Yet, they now find themselves ahead of Tottenham, once touted as a challenger to the title, in third.

How have they achieved this sudden turnaround? The reality is that Wenger, criticized previously for not changing the system, has managed to subtly tweak the manner in which his side play, without anyone really noticing. Ironically, the most maligned of players in a much maligned system, Theo Walcott, is the lynchpin to the manner in which Arsenal now play. Who can forget the jeers that greeted Walcott in the Emirates a mere few months ago? Wenger, buoyed by the emergence of Alex Oxlade-Chamberlain, who can certainly be considered one of the better young players of the season, decided to shift the manner in which Walcott approached his right-sided role.

A right-winger Theo Walcott is not. Often quoted in the press as having a desire to play through the middle, Walcott has spent the last several years being forced into a wide-role by Wenger, in an attempt to convert him as a player. As a viewer of football, I’ve often been unwilling to criticise Walcott for any issues he may have with a final ball. He clearly has ability, I have often thought, and it should be down to Wenger to integrate him in a manner that uses these abilities to success.

Then he did. Since that point, Walcott has gone on a rampage. Three goals set-up in the 7-1 victory over Blackburn. Two goals scored against Tottenham, in a performance that has since characterized the turnaround in Arsenal’s season. Six victories on the bounce. Arsenal, previously famed for their ability to tear opposition apart under Wenger, once again look threatening.

Wenger has made two key changes to the manner in which his side play. Firstly, and most importantly, Walcott has been shifted in his positioning along the front line. Now essentially inhabiting a role akin to an inside-right in the traditional 2-3-5, Walcott plays far more centrally than previously. Playing on the shoulder of both left and center back, Walcott is frequently played in behind the defence, rather than needing to run at them. With the ball, he has only two real duties, playing the ball across the face of goal or having a strike himself. In this position, he is ruthless. He has been for years, one simply has to look at the performance against Croatia all those years ago. Walcott was, it seems, right all along. He is lost on the wing, but centrally, you can understand why Wenger spent £9 million on the young Walcott in early 2006.

The second major shift is one I thought was likelier earlier in the season, given the departure of Fabregas, and one that has been to the major benefit of Walcott. Arsenal have, despite their sheer ability to retain possession when necessary, become far more direct in their play into the final third. This has allowed the pacey Walcott to often catch defences unaware, with penetrating balls from the midfield contributing significantly to his ability to flourish in the inside-right position.

The midfield three have relished this change in demand. Song, arguably the best defensive midfielder plying his trade in England, has remained willing to sit deep as Arteta and the reborn Rosicky play further up the pitch. Rosicky, who I was concerned temporarily had improved as a ploy for a new deal, has become a key figure in the new Arsenal. The man looks the player Wenger felt he originally signed. The goal against Spurs was a touch of class that probably provided the confidence he had been lacking in recent months.

We stand, therefore, on what I feel is a precipice. Wenger could act conservatively, and recruit in the summer according to his previous tactics. Alternatively, he could plunge into the depths of the new system, and prepare Arsenal for the season ahead according to this. On current form, Champions League football is very nearly assured. Building a team around Walcott’s new role could bode well for the next season. With the unmentioned but integral Van Persie being supplied by inside-right Walcott, Arsenal could find themselves seriously challenging for honours next season. Wenger must commit to this new-found success, and unleash Walcott in this position alone henceforth.

2 thoughts on “A Note on Arsenal”