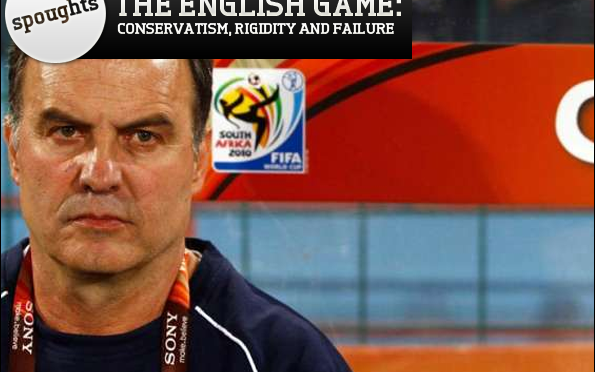 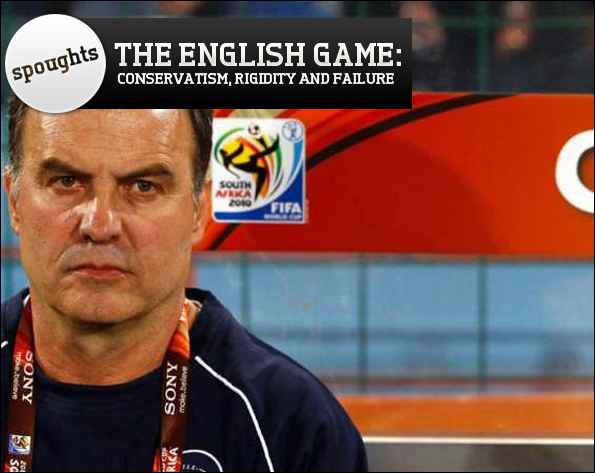 After every international failure, the media in England hold an inquest as to what went wrong. Last Thursday night, on Channel 5, there was a moment that I felt summed up a significant segment of the issues with the country’s footballing psyche. As Aurtenetxe, ostensibly Athletic Club’s right-back, jinxed his way through the Manchester United defence, eventually crafting a goal scoring opportunity for himself, Stan Collymore questioned why a player in his position should find himself in that part of the pitch. Collymore was, sadly, an unwitting participant in an incredibly salient moment in English football. One in which an analyst, supposedly an expert at football, revealed beliefs that had been eradicated almost a generation earlier on the continent.

When Michels introduced totaalvoetbal through his Ajax side in the early part of the 1970s, people heralded a revolution in football thinking. For the two seasons running between 1971 and 1973, Michels’ Ajax did not only not lose a single home game, but achieved total domination, with a record of 46 victories. They were also clearly the best side on a european stage, clinching three European Cups in a row. This innovation, centered around Cruyff’s ability and willingness to move around the pitch, playmaking on behalf of the team, despite his supposed role as a center forward, would eventually become the foundation in ideology for the 1974 Dutch national side, arguably one of the better sides not to have won the World Cup at a given tournament. Coasting past teams such as Argentina and Brazil with great ease, the Dutch were eventually defeated by a West German side who stifled Cruyff’s creativity enough to snatch victory.

What, you may ask, does totaalvoetbal have to do with Athletic Club, English football and Stan Collymore? The answer lies in the very question. Would Bielsa look at the Dutch national side of 1974 and see them as intrinsically linked with his Bilbao side? Probably not. He would see them as an influence on football on the continent, but be well aware of the differences between how his side play football and that of Michels. He would, however, understand why the generation of footballers he manages have amongst their ranks right-backs who break forward and threaten the goal. He would understand the innovations of Michels’ team and the segments of the game which directly derive from their tactics. He would not, as Collymore did, question why a right back would be so close to the goal, in the center of the pitch.

Collymore is, in essence, symptomatic of the issues with English football. This is not to say that he alone is at fault in the world of English punditry. One merely has to look at the manner in which David Luiz has been treated since his arrival on the island. Oft derided for his ability to run with the ball and pose a direct threat to the opposition net, as it does not agree with the stereotype of the center back, Luiz will often find himself blamed for mistakes other defensive team mates have made. When Luiz goes forward, is he not simply attempting to have a hand to play in football’s ultimate aim, which is the scoring of goals to win matches? If he feels confident enough to contribute in this regard, Michels would encourage him to attack. The onus should fall on team mates to cover where gaps have arisen. This positional interchange is one of the key tenets of the totaalvoetbal that arose almost forty years ago. The level of success Luiz often has in these advanced positions should be evidence enough of the reasonability of this sort of play. Yet debate still arises over whether Luiz is not a midfielder, or if he’s a bad defender. The answer is neither, his attacking abilities do not render his defensive abilities null and void. The debate does nothing but symbolise English football’s unwillingness to accept tactical and footballing realities that are simply part of the game elsewhere in the world.

This positional simplicity is compounded by the debate that operates on the other end of the scale. Wayne Rooney is the prime example of this. The number of times commentators have questioned what Wayne Rooney’s ‘best position’ is number in the hundreds by this point, when, to any observer not blinded by the rigid roles ascribed to players in the country, it is quite clear that Rooney’s best position is simply on the pitch. He operates wherever he chooses to down the spine of the team, and that is partly why he is the best player in the country. He is simultaneously creator and goalscorer, operating effectively in both midfield and attack. To do what most pundits seem to desire, and tether him to a rope that allows him to operate within 18 yards of the goalmouth, would be to neuter the nation’s most exciting talent.

As if to symbolize the immense success of innovation, Javi Martinez, ostensibly a central midfielder, has been deployed at the center of defence for Athletic Club this season. This allows play to be built from the back. Another debatably successful side, Barcelona, have done the same, fielding Mascherano in a frequently used three-man defence, providing an immensely deep-lying playmaker. Any attempt to institute this in England would, you feel, be derided. Manchester City’s attempts to play three men in defence earlier this season, without a playmaker, were seen as some sort of tactical deviancy. Over from Italy comes this man, wearing scarves and trying ridiculous things. Three men at the back? Alf Ramsey would not stand for this.

English football, is, to a large degree, suffering from this rigid sense of positional play that the rest of the world has long forgotten. It does not even just apply to the obvious, however. Mancini’s attempts to have Manchester City’s defenders zonal mark from corners were oft derided by commentary teams. This despite the level of success the team would achieve from this ploy. City would, by February of this year, only have conceded two goals from corners this season, and beyond this, they had a positive aggregate goals from corner count of +10. Scoring 12, they are clearly aware of frailties to exploit in other team’s corner defending, even when the success of their defence is discounted.

Where does this English deference to rigid positional understandings come from? Jonathan Wilson, in Inverting the Pyramid, clearly reveals a history to a lack of English tactical innovation that belies trends around the world. Long after other nations had begun to abandon the W-M, England rigidly stuck to this formation. This would, of course, lead to the loss against Hungary that revealed England’s no longer dominant position in the footballing world. The man marking used in this game simply did not work, as the center-half had no idea how to deal with a deep-lying Hidegkuti.

Maybe it is a series of failed attempts to depart from this tradition that causes English football to remain so rigid. Admittedly, steps have been taken and a fluid front four is becoming more commonplace in the English game. The conservative nature of the media that surrounds the game, however, does not inspire confidence in this regard. One feels as though the generation of players commenting on the game will be nothing but a hindrance to the innovation necessary for English success on a European and international scale. Criticism comes for anyone attempting anything truly new. Flexibility and fluidity are probably footballing buzz-words on the continent. It is time for English football to accept, adapt and take charge.

4 thoughts on “The English Game: Conservatism, Rigidity and Failure”