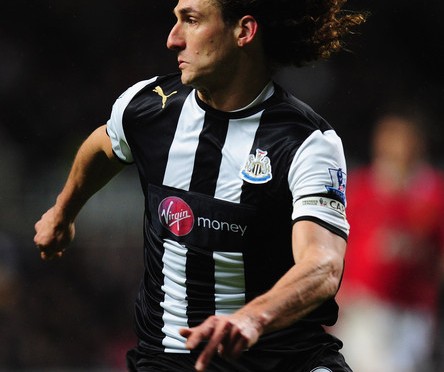 With the January transfer window meandering to a close last night, Newcastle fans are today breathing a sigh of relief at making it through without losing any of their major assets. However, the failure to bring in much needed defensive cover is, for some fans, a cause for concern. With the club unable to reach an agreement with Watford on the valuation of central defender Adrian Mariappa, the centre back position looks worryingly threadbare should the likes of Williamson and Coloccini join Steven Taylor on the sidelines for an extended period of time. James Perch, many people’s man of the match in the FA Cup defeat to Brighton, is of course able to fill in at the centre of defence for a few games, but over a prolonged period of matches it is surely essential to have a natural centre half, someone who knows the position and is not learning it as they play. These concerns are certainly valid, and should not be dismissed lightly.

Nonetheless, the fact remains that, second half capitulation against Fulham notwithstanding, Newcastle’s centre half pairing of Williamson and Coloccini is up there with the best in the league, an effective combination of aerial prowess and guile. Against Bolton, QPR, and most notably Manchester United, they have looked almost impenetrable. It is Coloccini, though, a leader on and off the field, who has impressed most this season. Before injury ruled Steven Taylor out for the rest of the season, and brought to an end his partnership with the curly-haired Argentine, Newcastle had one of the tightest defences in the league, conceding only 8 goals in 11 unbeaten league games. Coloccini was at the centre of everything good defensively. Imperious against Everton, undaunted under the usual aerial bombardment away to Stoke and even faultless in a 3-1 defeat to Manchester City – with 2 of City’s 3 goals coming from the penalty spot, after a clumsy challenge from Hatem Ben Arfa and a handball from Ryan Taylor, whose earlier mistake also led to City’s first.

What has also sometimes gone unnoticed is the way in which other players’ performances seem to have been raised when playing alongside Coloccini. Ryan Taylor is the perfect example of this, having excelled at left back early in the season, despite openly admitting to not being a natural in the position. This showed at times, with the versatile midfielder often caught out of position or making silly mistakes. These rarely proved costly, however, as Coloccini’s excellent reading of the game meant he was almost always there to snuff out danger when it arose. The Newcastle captain’s excellent communication and leading of the line must also have made it easier for Taylor to cope defensively in a position he was learning as he went along.

It is of great concern to fans, therefore, that Coloccini’s contract expires at the end of next season, something which calls to mind a similar situation last year with Newcastle’s star defensive performer from last season, Jose Enrique. A refusal to enter contract negotiations and the opportunity to join a club seemingly on the rise in Liverpool led to his departure in the summer, an outcome that fans will be hoping doesn’t repeat itself this time round. The signs this time, it would appear, are positive. Stories in this morning’s Journal suggest that Coloccini’s agent is due in Tyneside to discuss the terms of a new five and a half year deal. A long contract for a 30 year old, but one that is a just reward for one of Newcastle’s star performers this season, as well as one that offers a potentially high resale value – something that will not be lost on the owner. If such reports prove to be true, and Coloccini signs on for the long term, then Newcastle may have made their shrewdest signing yet.